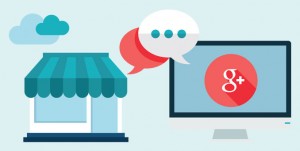 The SEO potential that Google Plus provides is due to the fact that each time a user creates a new post on the platform, (The Google Plus equivalent of a tweet on Twitter, or a status update on Facebook) they are in essence creating a new web page which is likely to appear in Google’s search results.

This feature provides businesses and brands with phenomenal potential to get their message heard as Google’s online search hegemony continues. 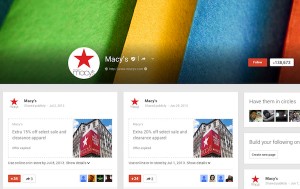 The potential marketing power provided by Google Plus can be demonstrated by the number of businesses and companies, both large and small, that have set up a presence on the platform. These entities use Google Plus as another avenue for spreading their commercial message in the increasingly noisy realm of social media.

It is imperative that brands and businesses hone their social media marketing strategies to incorporate the increasingly powerful tool that is Google Plus into their efforts. Brands are able to use the Communities feature of Google Plus in order to create a number of subject specific groups where they can interact with key members of their audience. In addition, the Communities feature can also be used by brands to share ideas and communicate directly about their products, services and organisation.

Google Plus also offers brands the Hangout tool. This tool enables brands to host video based discussions and demonstrations face to face with members of their following. In addition, this feature enables for an intimacy to be created by businesses and brands which is not available on other social media platforms. Hangouts can be used to share pictures, videos and files. Increasingly, the Google Plus Hangouts feature is becoming a popular vehicle for hosting conference calls and external meetings.

It is true that currently Google Plus does not provide access to anywhere near the same amount of online users as are offered by other platforms, like Twitter and Facebook. However, Google Plus is still arguably is still growing at an impressive rate, whilst also providing a powerful online marketing tool which small businesses should be keen to take advantage of.