Google is one of the biggest and most influential companies in the world thanks to its unique search engine technology. But it wasn’t always that way. So how did the online giant get started and what has driven its rapid advance to global dominance?

The internet is a superb resource – but its great strength is also its weakness. There is much more information online than any one person could ever hope to read in a lifetime. And the more that’s uploaded, the more difficult it is to find our way around it.

That’s where the idea of the search engine comes in. It’s a concept that is so familiar to anyone who uses the internet that we barely stop to think about how they work. By entering text into a box, you let the search engine know what you are looking for. It then trawls its cache of web pages in order to return useful results.

If you had to search the whole internet on your own for a plumber, you wouldn’t know where to start. With a search engine, you simply type in ‘plumber’ – and probably the location you want to find one in, too. And it returns you pages of results. So search engines are absolutely fundamental to how we use the internet. And in the competition to become the pre-eminent search provider, it’s clear that the one that is easiest to use and returns the most useful results will emerge victorious.

The pre-eminence of Google

For over a decade, that’s exactly what Google has been. Its technology is powerful, but its interface is attractive and user-friendly. Most importantly of all, it gives users the information they want. These days Google is no longer simply a search engine. It’s a provider of email, video, calendars and systems for managing our work. For businesses, Google marketing has become a major advantage for those companies who have used it to its full potential. Google has not only entered the dictionary. It has become an integral part of our lives. How did we get here? 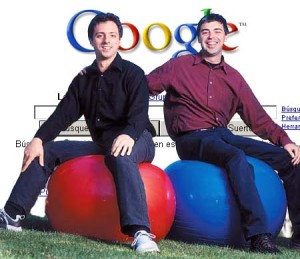 In the mid-nineties, a young PhD researcher at Stanford University called Larry Page realised that as the internet grew, we would increasingly need intelligent filters to help us negotiate it. With his friend Sergey Brin, Page began work on a research project working on a better way to find web pages. The two had met in 1995 when Brin (then 21) showed Page (22) around the school while the latter was still considering whether to join. According to many accounts, there were frequent disagreements and even arguments as the two differing personalities clashed over seemingly everything. But their lively debates were evidence of a deep rapport that would bear fruit over the coming years.

From BackRub to Google

While existing search engines typically used text keywords to search pages, Larry Page developed an algorithm, called ‘PageRank’, which relied on the number of incoming links to a web page to determine its importance.

Things were tight in 1996 as Page and Brin set up the search engine in their rooms using borrowed equipment from Stanford, and plugging in to the University’s campus network. Brin’s dorm room was at the heart of the operation – where the crucial administrative and programming work took place. Despite its ramshackle nature, the operation gained a reputation within Stanford – not least because of the heavy toll it took on the system. At one point, BackRub was using half of Stanford’s bandwidth, and the autumn of 1996 saw frequent system crashes.

It wasn’t long, however, before the young search engine started to make a name for itself among academics and the internet community. PageRank’s methodology tended to return more relevant results than other search engines. Page and Brin had reservations about making their project public, but they were encouraged by colleagues to do so and in 1998, published a paper presenting their creation to the world.

In its early stages, the project had been known as ‘BackRub’ – because of the ‘back links’ which were the crucial element of their algorithm. But they decided to change the name to Google – a pun on Googol, a huge number reached by multiplying ten by itself 100 times. The engine was so-called as it was designed to deal with large numbers of web pages and although there have been numerous updates over the years, the fundamentals of how the search engine works is still based on the Google algorithm created by Page.

Names are important, but it’s performance that counts – and that’s where Google excelled. By the end of 1998, its index was approximately 60 million pages and was attracting loyal users, as well as attention from the media.

Brin and Page were wary about taking their creation into the commercial environment, partly because they wanted to complete their academic studies, but the project was beginning to gain serious interest from investors. Andy Bechtolsheim, the co-founder of Sun Microsystems, could see its potential, and in August 1998 wrote a cheque for $100,000 to a company that at the time didn’t even exist: Google Inc. Google was incorporated the next month, setting up offices in a garage in Menlo Park, California. The next year, they moved into new office space in Palo Alto.

Over the next years, Google continued to grow, and the company was constantly looking for new funding to support its ambitions. A couple of private equity firms loaned Google money in its early stages of its rapid expansion, and a big change came in 2004 when the company was floated on the stock market. 19,605,052 shares were offered in total, priced at $85 each. 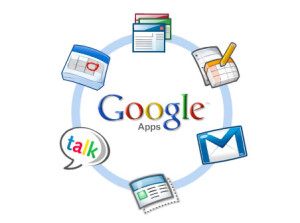 In less than a decade, Google had been transformed from a bedroom operation to a company with a market capitalisation of over $23 billion. As it grew, it began to branch out into new areas, while keeping search at its heart. The company acquired Blogger, the leading blog hosting site, in 2004. Another major event was when the company bought online video site YouTube in 2006. Through acquisitions and its own development, Google now offers a huge range of services and products – some of the most popular being Google Drive, Google Earth, News, and Gmail – as well as Google’s own web browser, Google Chrome.

Google’s stated code of conduct is “Don’t be evil”, but the company’s growth has not been without its controversies. One arose during the development of its ambitious book digitsation project, Google Books. In 2005 Google was sued by large publishing companies concerned about copyright infringement. As Google’s power and influence have grown, there are also concerns about how much data it holds on people. Now the company offers so many integrated services, Google may even know more about us than our family and our closest friends.

However, Google has always shown itself to be willing to adapt and improve. For example, after noticing that a lot of female staff were leaving, the company introduced a more generous maternity leave policy. In general, Google is noted for its positive corporate culture, with engineers able to pursue their own projects one day a week. Staff can enjoy free food in well-regarded canteens, free fitness facilities and laundry, and even on-site medical staff. 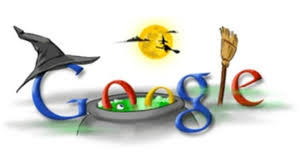 Eric Schmidt was brought in as Google’s CEO in 2001, but the founders Page and Brin still play a key role in the company’s development – and Page took over the CEO role in 2011. The founders’ personalities can be sensed in Google’s quirky sense of fun, shown in little touches like the Google Doodles surrounding the search box to celebrate notable events, and ‘easter egg’ features – like the famous ‘do a barrel roll’.

Through the looking glass 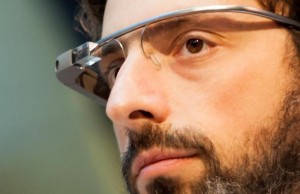 With their huge range of products, Google have shown themselves to be relentless innovators, with the planned launch of Google Glass ‘augmented reality’ glasses set to shake things up again in the near future. A computer worn on the face has the potential to transform our very idea of technology. It’s an audacious idea from a company that has now been around for almost fifteen years. Whatever you think of such developments, it’s a fair bet that Google will be a big part of our lives for some time to come.