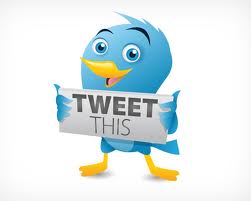 Prior to the launch of Twitter in 2006, the word tweet was never used in the verb or noun context with which it is now commonly associated. At the platforms launch, their services were described either as “tweetering”. Users of the social media platform were then referred to as “Twitter-er’s”. However, this would quickly change. In 2006, the Twitter team gained a new addition. This new member came in the form of Craig Hockenberry of software development studio Iconfactory. Though Craig was a big fan of the existing system, he felt it could be improved. In a later blog, he stated that he was largely unsatisfied by the service Twitter was offering its users at this time.

From this dissatisfaction came the beginning of the changes which brought the Twitter with which we are now familiar. This came initially in the form of an application named Twitterrific. The aim was designed for both reading and also posting updates onto Twitter. Despite the vision of the app, it had initial problems. In Hockenberry’s view, it was clear that this new app required verbs and nouns in order to function effectively. Ultimately, he argued that “Post a Twitter Update” was both overly wordy and dull. He wasn’t wrong. 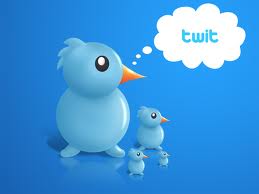 So in January of 2007, the Iconfactory began to refer to posts on Twitter as “twits”. However the team still felt this single syllable noun was dubious. A Twitter developer by the name of Blaine Cock had been testing the beta release of the Twitterrific application.

He sent Hockenberry an email later that month. In this email, he made the suggested that the word “twit” should instead be replaced with “tweet”.

With hindsight, it would be easy to say that this is where the story ends. However, that is not the case. Although Hockenberry was convinced at once and immediately made the change, Twitter was not as forthcoming in accepting it.

It was not until the June of the subsequent year that the platform formally adopted the new terminology. In June 2008, the word “tweet” appeared on the Twitter blog for the first time without quotation marks. Since then, the word tweet is widely used by an overwhelming number of people.

The usage of the word was such that in June 2013 the Oxford English Dictionary formally entered the word tweet into its pages.

Typically, a word needs to be in circulation for ten years before it is considered. However, when asked why tweet received fast track entry, they merely stated, “It seems to be catching on.”