Twitter is a phenomenon. A few years ago, hardly anyone outside the tech world had even heard of it. Now it’s a household name and everyone from pop stars and world leaders, to Joe and Joanna Public, use it to keep their friends and fans up to date with what’s going on in their lives.

Twitter is a social network launched in 2006 that allows users to send short updates of 140 characters or less – known as tweets – to anyone who chooses to ‘follow’ them, and in turn to see the updates of those that they ‘follow’. Originally, it was something that many people didn’t see the point of. But with time, more and more people have found that they enjoy ‘tweeting’ – and that it is a powerful means of direct communication. Twitter means that anyone with access to the internet can easily share information with a huge number of other internet users, no matter where they are in the world. And as the social network’s uptake has become more widespread, the uses it has been put to have multiplied: breaking news, spreading ideas, even bringing down governments.

Back in 2006 in the offices of the San Francisco-based podcasting company Odeo, such a future was hard to envisage. Things were not looking good for the company. Despite a solid reputation and some very credible achievements, it was facing competition from Apple’s iTunes, and the management was urgently looking for a change of direction. 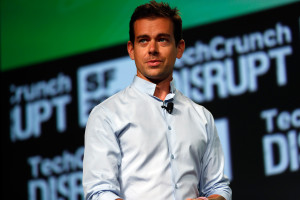 One day, staff at Odeo split into teams in order to brainstorm some ideas.

It was here that one employee, Jack Dorsey, presented his vision of a service which allowed users to send a text message to a group of people to let them know what they were doing at that particular moment. You could let your friends know, for example, that there was a good atmosphere at a particular club in town that night.

The co-founder of Odeo, Noah Glass, was hugely enthusiastic about it. After being discussed at the company, the idea gained approval, and Dorsey and Glass set to work on it with a German developer called Florian Weber. Odeo co-founder and CEO Evan Williams, along with another employee, Christopher ‘Biz’ Stone, also contributed to the project.

The service was called ‘twttr’ and on March 21, 2006, Dorsey sent the first ever message on it: “just setting up my twttr.” It was only later that the team would hit upon the name Twitter – which to them seemed to sum up its essence.

By the summer of 2006, Twitter had started to gain some media attention and many employees at Odeo had become enthusiastic users.  A public service was made available in July, and in August was used to spread news of a minor earthquake in San Francisco – an early sign of its potential.

Twitter was starting to take off but it was now to enter a controversial stage of its development. In September, Williams wrote to Odeo investors saying that he saw no real future for the company and offering to buy back their shares. They agreed to the buyout, and Evans and other Odeo employees created a new company, Obvious, which included Twitter. At the time, this was seen as a well-meaning gesture. However, some have subsequently speculated that Evans, even at this early stage, already saw Twitter’s potential and wanted to make sure he had control.

Either way, there was soon to be a second controversy when Williams fired Noah Glass, the driving force behind Twitter and its biggest champion. The reasons given for this decision vary from there having been a clash of personalities, to Williams suspecting that Glass wanted to run Twitter himself. Glass, who remained silent about his role in the development of Twitter until 2011, has subsequently spoked about his feelings of shock and betrayal at the time.

But the story of Twitter still had a long way to go. It was at the South by Southwest Interactive conference in Austin, Texas in 2007 that Twitter really came of age. By now, the new name ‘Twitter’ had been adopted and a ‘tweet’ length limit of 140 characters had been instituted. At the conference, usage of Twitter increased from 20,000 tweets per day to 60,000 as delegates tweeted to keep others up to date with their thoughts and activities. A stroke of genius from the company was to create a system that allowed 60-inch plasma TVs to broadcast tweets in live time throughout the conference. Twitter received an award at the conference, giving it a major boost along its path to success.

In April 2007, Twitter spun off from Obvious, with Dorsey as CEO. That year, 400,000 tweets were posted per quarter, and by 2008 that number had grown to 100 million. In 2008, Dorsey stepped down as CEO, to be replaced by Williams. (Dorsey became Chairman of the Board, but returned to managing Twitter in 2011 as Executive Chairman.)

The creators of Twitter were quick to identify its addictive potential, and millions of users worldwide have similarly found it hard to leave. Although some who are unaccustomed to using the service find it hard to ‘get’, many of these same people become enthusiastic advocates once they give it a go. 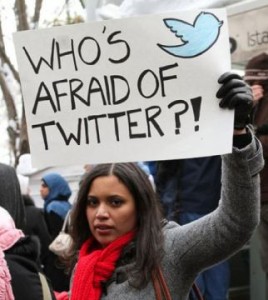 Twitter is now a vast global social network, with over 200 million monthly active users and hundreds of millions of tweets sent per day. It is certainly much more than a way for friends to share information about their social lives. It has become, arguably, the best place to find out about breaking news stories – and a means of promotion used equally by new startups and major global brands to connect with their consumers and customers.

Arguably the most important effect of Twitter has been on politics. Young revolutionaries in the Middle East used social networks, including Twitter, to stay in touch and spread radical ideas during the so-called ‘Arab Spring’. A book published by Philip Howard and Muzammil Hussain argued that digital media was “consistently one of the most important sufficient and necessary conditions” for the movements. Authoritarian regimes can be effective at controlling the traditional media, but it is much harder for them to exert influence or shut down a decentralised system like Twitter. As people across the world continue to adopt alternative ways of sharing information, we will surely continue to see major changes to the media landscape.

What does the future hold? 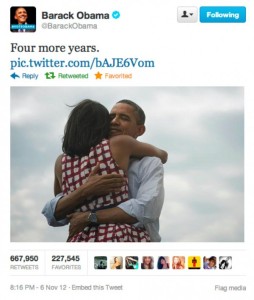 Both the Pope and the President of the United States now have Twitter accounts. That’s a long way for an idea that was originally intended to help friends share clubbing tips to have come in seven years. And the originator of that idea, Jack Dorsey, certainly has a lot to think about. Dorsey has received plenty of press attention over the years, and it has been said that he is the intellectual successor to Steve Jobs. The thoughtful character still plays a part at Twitter, but it is not the only thing on his plate. He runs another company – Square – and even recently announced his ambition to become Mayor of New York City. A move into politics would be a real change of direction for this diffident programmer. But given the history of his other ideas, it would be unwise to rule anything out.