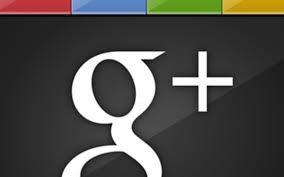 Google+, also written as Google Plus, is the internet giant’s final (for now) answer to the rise of social networking. With previous social media releases like Google Buzz or Google Friend Connect not going very well and eventually being shut down, the fervent talk surrounding the launch of Google Plus in 2011 was to be expected.

Google Inc. decided to open the social network to a select number of users by setting up an invitation-only system in June 2011. The demand for accounts was so high, as indeed the demand for access to new releases and experiences often is with famous brands in the technology field, that Google had to suspend invitations. The power to add newcomers to the site rested with existing users, who had 150 invitations each to give away until September 2011, when the site was opened to everyone.

Google Plus ventured away from the social networking concepts we are used to as internet users, and you won’t find such things as friends on the site. Users organise their connections in circles like “family” or “acquaintances”, the names of which remain private. There are no friend requests, and whilst users can be in each other’s circles, reaching out to people and following their updates feels effortless compared to sites like Facebook where you have to request approval. Circles are also extremely useful for managing which information you see at one time, and which specific group of people you want to access specific updates or material you post.

Another distinct feature of Google Plus is the ability to create and participate in Hangouts. This video chat option allows up to ten Google+ users to communicate at any one time, and is also supported by the social network’s mobile apps as long as the user has a device with a front facing camera. Due to the variety of web services Google Inc. offers, Hangouts are not your usual group chat. Integration with Google Drive or YouTube is available, and users can watch a video together, work on a document, or share a virtual doodle pad. An additional feature is Hangouts on Air, which allows users to broadcast their Hangout and record it for posterity. This has attracted a number of celebrities, most notably will.i.am who was the first to host a broadcast Hangout on Sept 21, 2011, a day after the feature was made available to Google Plus users.

The statistics for the usage of the social network looked very well during its first months. The buzz created by the availability of limited invitations and the feeling of exclusivity on the site meant people were rushing to get in. Two weeks after the launch of the first wave of invites there were ten million accounts registered. The user count grew to 40 million users by October 2011, and reached 90 million at the end of the year. A report analysing the site’s growth around this time revealed that Google Plus was gaining over 600,000 new users every day.

At the end of 2011, Google Plus was fully integrated with other services offered by Google Inc., namely Gmail where the account creation process gave users the option to fill in their social networking profile to a more detailed extent than the succinct Google Profile. During the next year, further integration was perfected, and Google Plus Events was linked to Google Calendar, while Google Places was fully replaced by Google Plus Local. The new service allowed users to post reviews of their local hangouts, and these comments were directly posted to the businesses’ Google Plus Pages if they were registered. 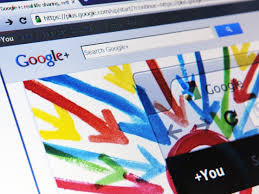 The strong connection between Google Plus and the company’s other services opened up a new wave of opportunities for businesses who were already advertising with Google. It has been said that the Google algorithm that determines the quality of content on a web page and thus decides on the web rankings takes into account the activity the page receives from Google Plus. The more active a business is within the Google Plus community, the more +1s – a way for users to bookmark content they like on the web and show their endorsement – a piece gets, the more reliable the website seems to Google and the higher its ranking will be.

Another advantage of using Google Plus over other social networks is privacy. Google has made a point of having easily accessible and understandable privacy settings, and while similar options may exist on other social media websites, Google’s are by far the most user friendly. Controlling what information you share and who you are sharing it with is also facilitated by the circles, and users have the option to download all of the data they previously submitted to the site.

However, not everything has worked out well for Google Plus. Whilst without doubt an impressive and attractive product, it has been suggested that it was released at the wrong time. People were still attached to the accounts they spent years creating on other social networking sites like Facebook or Twitter, so why would they suddenly up and leave? Facebook also had the advantage of being used to foster or maintain personal relationships, which kept people coming back and staying logged in for longer.

Google was also very keen on people using their real names on its social network, a move which attracted some controversy in its early days when accounts were suspended if they seemed suspicious, even though some of them belonged to real people with real names. Since 2012, the social network has allowed the use of pseudonyms.

Throughout the history of Google Plus, its statistics have started looking rather concerning. In May 2012 for example, social media fans spent the equivalent of over 130,000 years on Facebook, but only 126 years on Google Plus. For every minute a user spent on Google Plus, one thousand minutes were spent logged in to Facebook. All of the social network’s great features, marketing prospects, and buzz created around its launch can’t sustain it for long if users cannot be persuaded to spend more than an average of 3.3 minutes a month using the website.