YouTube shows that video is a very effective medium to present a situation and showcase your work. You can invite viewers to gain a valuable insider’s view into both your work and personal life. Short films are fun to create and the final product is often something to be proud of and to share. Thankfully, the process doesn’t have to cost a lot of money. Publishing your video is now absolutely free thanks to video sharing sites such as Vimeo and YouTube.

The popularity of YouTube is a telling sign of people’s penchant for videos. From the visually stunning, action packed short features to funny home videos. Anything goes and that’s what makes YouTube such a vibrant community. Nowadays, users upload one hour of video to YouTube every second. This means that 60 hours of video are posted every minute. And it’s not just the content creators holding the fort. Every day, YouTube registers 4 billion video views from all over the world. 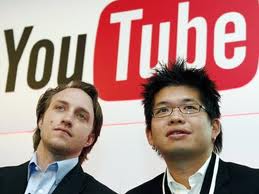 YouTube records that the video sharing website was created by Chad Hurley, Steve Chen and Jawed Karim. All three were former employees of PayPal. Work on the website started on February 14 2005, and a sneak peek was offered to interested parties in May 2005. However, potential YouTubers had to wait another 6 months after that to be able to freely enjoy the site. The website was initially funded by an angel investor, Sequoia Capital. Its early office space was situated in San Mateo, California. The address is actually above a Japanese restaurant. YouTube received further investment in April 2006 after growing in popularity in its first few months.

The year 2006 proved to be a historical one in YouTube company history. News broke on October 9 that Google was going to purchase the company for $1.65 billion. It is believed that YouTube was looking to strike certain agreements with media firms in order to avoid accusations of copyright infringement. The Google deal was born as a result. YouTube was Google’s second largest acquisition at the time. In a report in 2007 it was revealed that Sequoia Capital’s shares were valued at over $446 million at the time. 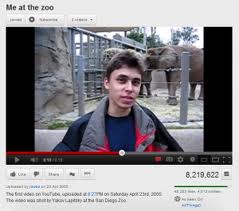 A more sentimental YouTube company history landmark comes in the form of its first upload. “Me at the Zoo”, a video of co-founder Jawed Karim visiting the San Diego Zoo. The video was uploaded to the site on April 23, 2005, and can still be viewed. The video symbolises the spirit in which the site was created. It also demonstrates the importance of user generated content and the power of video sharing.

Your business can also benefit from the services YouTube provides. Marketing videos through social media can attract an impressive amount of attention to your company. A community such as YouTube must be tapped. It’s important to dedicate enough time and effort to your YouTube Marketing. An image speaks a thousand words. The power of videos to go viral and attract a huge number of visitors shouldn’t be ignored. The majority of video ‘views’ on YouTube are generated by 30% of the uploaded content. A well-directed marketing video will place you above the crowd and get your business noticed.