As we become more and more obsessed with social networking and have so many websites to choose from, it’s easy to forget how we all started. While juggling multiple Twitter accounts, a Facebook profile, a LinkedIn network and possibly an Instagram account, how many of us spare a thought to Bebo, the once almighty ruler of the social media environment in the United Kingdom? So here at SEO Web Marketing we have put together the Bebo Company History.

As Bebo accounts turned into a source of embarrassing youthful indiscretions and late night laughter session over the years, it’s worthwhile remembering that the social network was once a force to be reckoned with in the online world. Started in 2005 by Michael Birch and his wife Xochi in San Francisco, Bebo acquired the tag line “Blog Early, Blog Often” and had an immensely successful first three years.

The user experience included highly customisable profiles which started with two modules allowing users to add friends and receive messages, but could be changed to include photos, videos and a lifestream with personal updates. Users could also join groups and express their interest in bands and artists, as well as have tight privacy settings which saw every account start life as a private profile – which could be set to public manually by the user if he or she so desired.

Bebo users could also link their other social networking accounts to the site and have an all inclusive stream of updates from their friends who also did the same – a one stop shop to keep up with everyone, wherever they are. In 2008, Bebo was bought by AOL for around $850 million, a deal later questioned by the media and proved to be rather unwise as the AOL CEO who presided over it was sacked over the affair. 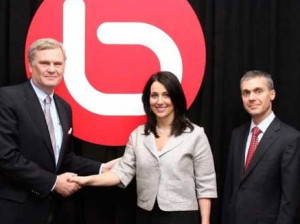 Bebo found it harder and harder to compete with the already existing social networking websites as well as the up and coming ones. AOL found it such a challenge to make a profit that it decided to call the operation off and sell the website to Criterion Capital Partners in 2010 for what was rumoured to be a sum of under $10 million. Its new owners redesigned the website at the beginning of 2011, adding a few new features such as a notification system and the ability to view who visited your profile.

However, nothing seemed to work to keep the users logging on. At its popularity peak, Bebo had just over 10 million users and even overtook MySpace to become the most popular social network in the United Kingdom. By 2013, Criterion Capital Partners filed for bankruptcy, and Bebo was taken under the protective wing of its founders, Michael and Xochi Birch, who paid just $1 million for it.

As of August 2013, the website is temporarily closed until the new and improved version is rolled out at full steam. Michael Birch released a humorous video mentioning Bebo’s eccentric reputation hinting it’s now time to grow up, and outlined plans to relaunch the site on a mobile-only basis after a full rebranding.