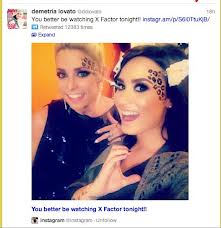 Sharing images online has been a favourite pastime of internet users everywhere for many years now. With the advent of the camera phone, the image sharing website Flickr and the ever increasing quality of photos smart phones can now produce, it comes as no surprise that hugely successful apps are focusing on sharing mobile phone snaps online. Perhaps the most well-known and widely used mobile photography apps of all, Instagram, reached an impressive member headcount of 100 million at the beginning of 2013, with 90 per cent of registered users being active at least once a month.

Instagram started its journey in 2010 in San Francisco, when founders Kevin Systrom and Michel Krieger decided their check-in project Burbn should focus more on mobile photography. The app was quickly renamed Instagram, and after Systrom managed to secure $500,000 funding from Baseline Ventures, the services began developing into the app we know today. Hashtags were added to the distinctive Polaroid style photos, allowing them to be grouped by common interest and further connecting its users with each other.

The introduction of hashtags pushed Instagram much closer to the social networking model rather than being just an image hosting and sharing service, and online speculation about the role of mobile photo apps in the social media landscape was thriving. When Facebook founder Mark Zuckerberg registered his interest to buy Instagram in 2012, many users already saw the app as a “Facebook for photos”. 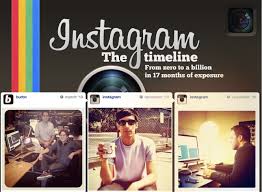 The offer was Facebook’s largest acquisition to date and it stood at $1 billion in cash and stock in April 2012. In August 2012, the Instagram and Facebook merger was finally approved by Britain’s Office of Fair Trading and the Federal Trade Commission in the United States after worries that such a merger would create a monopoly in the social media landscape were dispelled.

Facebook’s plan was to keep Instagram independently managed, although many users of the app expressed concern at the future of Instagram as part of the Facebook family. The social network is known for its habit of buying off start-ups only to shut down their services and then reassign the staff on other projects, so the future for Instagram was for a few moments rather uncertain.

Questions were also asked as to why the app did not merge with micro-blogging site Twitter instead, as the two of them share the widespread use of hashtags as an organising tool.

The deal was officially closed in September and Facebook paid up around 23 million shares and $300 million cash. Systrom expressed his excitement at the official merger by updating his Facebook status with the news, saying that he was “psyched for the next chapter of this long journey”.

In December 2012, Instagram was surrounded by a cloud of controversy following an announcement that its terms and conditions would change from the following year, giving the company the right to sell photos to third parties without any notice or compensation for the original creators. Many were very vocal in their disapproval of the move, including representatives of National Geographic and celebrities like Kim Kardashian, and a number of Instagrammers even defected to competitors in protest. The clause was quickly removed from the terms and conditions, and Instagram founder Systrom blamed the outcry on a misunderstanding caused by vague phrasing – the clause was meant to refer to advertising only.

Whatever lays in store for the app in the future, one thing is certain: Instagram has taken the internet by storm, and only two years from its launch, some 58 images were being uploaded every second. Whilst it remains to be seen whether Facebook will fully integrate Instagram into its mobile services, very few Facebook news feeds are now missing its recognisable filters and effects.