We live in a society where we have more devices connected to the internet than we have people. Social networking is a big part of our lives, and studies have shown that 40 per cent of the population with internet access socialise more online than they do in person. One of the companies that played an important role in giving social networking its appeal is Myspace.

While Myspace is perhaps one of the first big social networks to emerge in the last decade, it still remains one of the largest. Even after being overtaken by Facebook in popularity, it still has around 125 million users.

Myspace allows users to customise the layout of their page, from colour and background images, to the way the page is structured and whether the user wants to include content hosted on other sites such as YouTube. This flexibility when it comes to designing your own page, as well as the ability to find and enjoy content other users have posted – particularly music – are central to Myspace’s appeal. 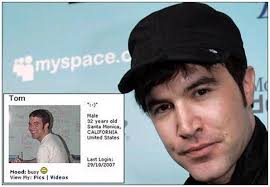 Founded in August 2003, the company was born after employees of internet marketing portal eUniverse were taken with networking site Friendster and its potential for development. Its main founders are Chris DeWolfe, Brad Greenspan, Tom Anderson and Josh Berman. Tom Anderson, who later became president, is perhaps the most recognisable face of Myspace. His profile on the social network automatically befriended every new user. The website was officially launched in January 2004, and a month later it hit the one million users milestone. By the end of 2004, Myspace could boast over 5 million registered users.

The next period in the history of the company also brings us its first valuation. When News Corp bought eUniverse and renamed it Intermix Media in July 2005, it was valued at $580 million. Some $327 million of the total figure was due to Myspace, which at that time had around 20 million registered users. The BBC considered Myspace to be the fifth most viewed internet domain in the United States.

When News Corp contemplated selling a quarter of Myspace to Yahoo! in 2007, the suggested figures for this deal would have valued the social network at 2 billion. While this arrangement never went ahead, it’s important to know exactly how big Myspace grew to be in the three years it had been online at the time.

It is said that Myspace became the most visited website in the United States in July 2006, a remarkable achievement considering the competition included Google and Yahoo! – the latter however never fully accepted this claim as truth. Moreover, Myspace was also taking around 80 per cent of all internet traffic to social networking sites. These figures prompted Pete Cashmore of Mashable to call News Corp’s deal of 2005 a “bargain”. Google was also keen to get involved and in 2006 embarked on a four year agreement worth $900 million to provide Myspace with search features and advertising. In 2007 Myspace also bought image hosting site Photobucket for $25050 million, but the project was sold at a significant loss a few years later. 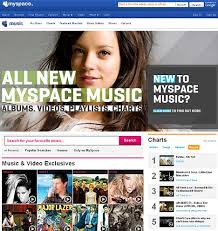 Myspace decided to use the popularity of music on its site and create a more organised platform, and launched Myspace Music in mid 2008. While the project was initially constructed to settle a copyright infringement matter with Universal Music Group, it further re-emphasised the social network’s reputation as a platform where up and coming musicians could be discovered. Lily Allen and Sean Kingston are only some of the names that were propelled to fame thanks to their Myspace profiles.

It wasn’t always plain sailing for the company, especially when stories hit the press about inappropriate relationships started over Myspace or even severe cyber bullying. In 2007, Myspace had to act to protect its users and decided to share information about registered sex offenders who are using the site with state attorneys general.

Moreover, Facebook started to catch up and by April 2008 the two social networks had about the same number of unique monthly visitors. It is generally believed that Myspace peaked in December 2008, when it reached over 75 million users in the United States. The website was affected by the global financial crisis after 2009, and it laid off around 500 employees at the beginning of 2011. A few months later it was bought by Specific Media for $35 million, with a share of the site going to pop star Justin Timberlake. It will definitely be interesting to see what will happen to Myspace going forward, and whether it will ever re-establish its once dominant position among social networking sites.