On Thursday 6th June 2013, The Washington Post and The Guardian revealed a list of companies allegedly working in participation with the large web based U.S. security program known as PRISM. However what was perhaps more interesting, were those who were absent rejecting NSA participation; most notably Twitter. 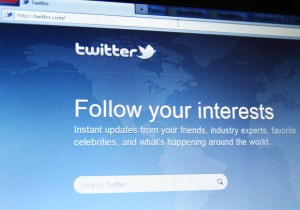 The seven year old social media platform is well respected and renowned for defending the privacy of it global users. Unlike companies like Google who have systematically complied with Government subpoenas, Twitter has routinely fought them. An independent internet privacy group The Electric Frontier Foundation, recently gave Twitter six out of six stars for protecting user data from government monitoring. In comparison Facebook received three out of six and Google gained five.

When asked to comment Twitter’s top Lawyer, Alexander Macgillivray stated: “No one wants a pen that’s going to rat them out.” It is currently unclear as to why Twitter is absent from the nine companies which appear on the slides that purport to detail the PRISM program. When asked both a Twitter spokesman and Macgillivray provided no answer.

The eight companies listed as giving NSA data via PRISM are: Facebook, Microsoft, Google, Apple, PayTalk, Skype and Yahoo and AOL. Allegedly Dropbox was said to be coming soon in a recent NSA presentation. Controversially Facebook, Google and Apple have all publically denied granting the NSA access to their servers. Apple went on to state that prior to the news being reported; the company had no knowledge of the existence of PRISM.

One reason which has been put forward to explain Twitters absence from the list is that it does not store as much private data about its users when compared with Google or Facebook. Also the social media platform does comply with other government requests for data, statistics show that Twitter complied with 57% of 1,009 requests in the second half of 2012. For the same period Google complied with 66% of 21,389 user information requests. 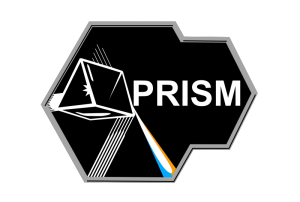 However Twitter’s absence from the list is likely to win a high level of respect with its American users, who since the news of PRISM broke have treated the technological companies who have complied with scorn and disdain. On the flip side of the developments and the increased public awareness of the level of governmental digital data collection some companies have used privacy as a selling point. The recent Microsoft adverts feature the tagline: “Your privacy is our priority.” This will appear to be both ironic and hollow if the NSA slide of PRISM participates proves to be true about Microsoft’s participation. Microsoft is not only an alleged cooperator, but also the first of the named companies to collaborate with PRISM, beginning in 2007.

The news breaks as Twitter begins a new phase of development, which is set to launch the platform to a size comparable with technological giants such as Apple or Microsoft. The problem the platform faces is whether to cooperate with the US and other nations which regularly demand data from technological companies. However Macgillivray provided some insight: “We value the reputation we have for defending and respecting the user’s voice. We think it’s important to our company and the way users think about whether to use Twitter, as compared to other services.”