Sequoia Capital is one of the most influential names in Silicon Valley. The venture capital firm was founded in 1972 by Don Valentine, and has since invested in a ground breaking number of successful companies such as Google, Oracle, Apple and YouTube. Its own estimates claim that 20 percent of the value of NASDAQ comes from companies which have received funding from Sequoia Capital.

Sequoia invests mainly in US based companies at seed and start-up stage, although for its later stage investments it holds a more international portfolio. Apart from the United States, it has offices in Israel, China, and India, and its senior team is also indisputably global, with only one member born in California. 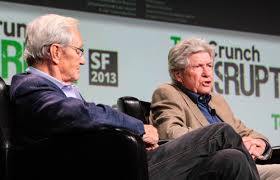 Founder Don Valentine is a pioneer in two ways. During his time at Fairchild Semiconductor in the 60s, he was the first person to sell silicone chips. The next decade marked the launch of Sequoia Capital in 1972, and the birth of the venture capital industry in Silicon Valley. The year 1972 also saw the launch of another now very influential venture capital firm, Kleiner Perkins, and together Sequoia and Kleiner are the two big names in Silicon Valley in this field. Google’s first significant funding wave, a figure of around $25 million in 1999, came from Kleiner and Sequoia. According to Forbes.com, when Google looked at venture capital firms for investment, it was only these two it really wanted on board.

It is not uncommon for Sequoia Capital to keep investments in the long term, in fact its partners can own stock for up to 15-20 years. In an interview with BusinessWeek in February 2013, Sequoia’s Michael Moritz said: “Why, with a well-positioned company that’s growing, would you ever want to sell? We invested in Cisco Systems shortly after I joined Sequoia. I owned that stock for 16 or 17 years.” Moritz brought up Google as another example, applauding its strong position and prospects.

Sequoia also invested in some of the rising social media websites internet users can’t seem to get enough of nowadays. Blogging website Tumblr is among the lucky ones, receiving a contribution from Sequoia as part of its 2010 wave of funding which came to about $30 million overall. Between 2010 and 2011, Tumblr registered over 200 per cent growth in the United States, compared to 14 per cent at Facebook, and 31 per cent at Twitter for the same period. As of 2013, there are over 33 million blogs on Tumblr, and the website supports eight languages including Russian, Japanese and Turkish.

Sequoia also backed the now extremely famous photography based social network Instagram. The venture capital firm raised $50 million during a series B investment round just days before Facebook bought Instagram for $1 billion. Speaking to The Wall Street Journal, Sequoia’s Douglas Leone described the sale as premature, but admitted Facebook made the Instagram founders an offer they couldn’t refuse. He described staying at the top of the venture capital industry as “complete warfare”, and while 2012 was a great year for Sequoia, Leone said they can never really rest, “just like the best entrepreneurs”.