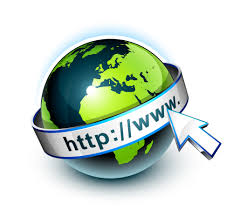 The World Wide Web has become part of our lives and many of us don’t even think about what it really is or how it works. Few of us really understand how it distinguishes from the Internet, and it’s safe to say many don’t even know they are separate at all. It’s important to understand that the World Wide Web and the Internet are not synonymous, and having a confident knowledge of the relationship between them can inform people’s approach to online activities.

While the internet is a networking infrastructure, the World Wide Web is just one of the ways of accessing information on the internet. The Web uses HTTP protocol to send and receive data and to allow users to access information through certain applications such as web browsers. The Web is built on top of the internet and does not contain the whole of the information present online these days. This is the reason why some services like instant messaging cannot be immediately accessed via a web browser such as Chrome or Firefox and require special clients and software like Skype or AIM. 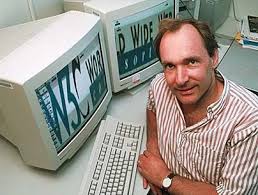 The World Wide Web was borne after many efforts from CERN’s Tim Berners-Lee, who was looking for a better way of presenting information available to his physicist colleagues. He had already developed a database called ENQUIRE, which allowed its users to access information about people and software models but each new page in the database had to link to an already existing page. This wasn’t very helpful for physicists who were working on separate computers and using different software. He wrote his first proposal for what is now called The World Wide Web in March 1989, and after encouragement from his boss at the time he started working on it on a NeXT workstation. A year later he partnered up with Robert Cailliau who rewrote his proposal and helped Berners-Lee pitch the project in from of the European Conference of Hypertext Technology, although they found no interest and no vendors at the time.

By the end of 1990, the whole World Wide Web package was complete. HTTP and HTML were built, and the first functional web browser was ready to be rolled out. The first web servers were also up and running and the first web pages to ever exist described the whole concept. The World Wide Web was built mostly at CERN, although Berners-Lee did some of the work from home. The first servers outside of CERN were switched on in 1991, and the oldest surviving webpage also dates from that year. The Web became publicly available in August 1991, and most of its initial users were academics and scientists with some ties to CERN. By 1993, the success of the project was obvious, with the number of servers growing very quickly; there were over five hundred servers by October 1993.

However, web browsers were still rather limited but accessibility was revolutionised when Mosaic was introduced. Its development was funded by the High-Performance Computing and Communications Initiative, a project born out of former Senator Al Gore’s High Performance Computing and Communications Act 1991. Mosaic was meant to be a web editor as well as a browser, and perhaps its most notable feature at first was the lack of a “back” button. In 1994, the company which owned Mosaic changed its name to Netscape and the browser was replaced by Netscape Navigator.

With the World Wide Web becoming more and more accessible and user friendly by the day, it soon became apparent that it had a huge commercial potential and that companies without a webpage were missing a trick. By 1998, it became almost compulsory to have a web presence in order to be successful. 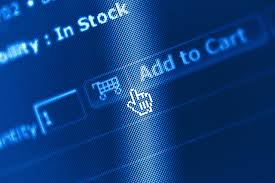 With more and more people becoming aware of the services available on the web and becoming more comfortable with using it, many platforms that required a two-way interaction developed successfully. Online shopping gathered momentum in the second half of the nineties thanks to people quickly becoming web-literate, and e-commerce business jumped at the chance to attract more clients. Similarly, online discussion rooms and instant messaging become more and more popular as people enjoyed connecting and communicating instantaneously with relatives who lived in different corners of the planet.

One of the landmark moments in the history of the World Wide Web is the dot-com boom and bust of 1999-2000. The turn of the century saw an increase in start-ups and visionary entrepreneurs, with varying degrees of competency when it came to running a business realistically and taking care of all the important administrative tasks. The success of the Web was still new to many, so a great number of investors were keen to inject money into these businesses that offered convincing pitches and dashing prospects for an online hit.

But as with all new concepts, we can never be sure we understand the full implications until we hit the first hurdles. Many start-ups struggled to become profitable and quickly ran out of money without learning how to capitalise on their service. As a consequence of the difficulty of making real, sustainable profits online, many went bust after spending the last few pennies of their venture capital funding. Some of the companies that survived however were e-commerce businesses. Online retailers sailed through the dot-com bust and developed further into the next decade to become hugely profitable.

Since 2002, access to the web has become cheaper and cheaper. Being online is now part of our everyday routine thanks to the rise of social networks like Facebook, LinkedIn or Twitter that keep us glued to our screens for hours and hours on end. The development of Web 2.0, a label for all user generated or crowd sourced content such as RSS feeds and blogs, makes it even easier to connect and experiment with the World Wide Web than before. It has made expressing ourselves and sharing information with hundreds of people in seconds from the comfort of our own sofa an attractive concept and a habit difficult to break.