Flickr is becoming omnipresent on the internet. From galleries and Flickr badges on blogs to links coming from national media outlets, we stumble upon images hosted on the website every day. Image sharing is an important part of our online presence and many communities are built especially around this activity. Way before Instagram lived Flickr.

Flickr acts as more than a photo hosting service; its groups and organisational tools have united people with common interests and bridged gaps between photography enthusiasts from all over the world.

Flickr started life in 2004 as a product of Ludicorp and its founders, Stewart Butterfield and Caterina Fake. It was focused mostly on image hosting and had a chat room for real time photo sharing which was dropped soon afterwards. Yahoo! purchased Ludicorp and Flickr in 2005 for around $35 million, and the history of Flickr since then is an exciting one to follow. 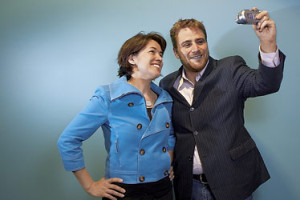 Yahoo!’s original image hosting service, Yahoo! Photos, slowly started to be phased out, and users were offered a three months free trial of the premium Flickr accounts should they switch over. After an overhaul of accounts and upload limits for its users, Flickr finally allowed its subscribers to also upload videos in 2008. A year later the service was open to all users and the hosting limits for standard accounts were lifted. May 2009 saw Flickr welcome an account for the White House, which quickly became the main channel for official photo releases.

Flickr: Probably The Best Online Photo Management and Sharing Application In The World

Nowadays, the website offers a multitude of organisational tools to link images and help users make the most of its galleries. Tags are at the basis of all searches, and visitors can search not only by theme, but also by the type of distribution license the images carry. On top of tags, users can organise their images in sets, which can in turn be geo-tagged and mapped to produce interactive maps for websites or blogs. Flickr also offers an online photo editing service and last year saw the website end its long standing partnership with editing application Picnick in favour of its new default editor Aviary. 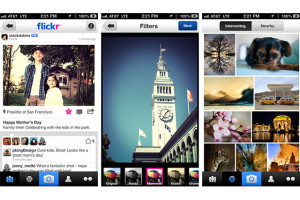 Thanks to its strong community of photographers and numerous users – the figure stood at 51 million registered members in 2011 – Flickr has had no shortage of partnerships and projects its creators should be proud of.

In 2009, the image hosting site partnered with well established Getty Images and offered its users the chance to submit their photos to be used as stock photography in return for payment.

Two years later, in 2011, the UK police were using Flickr to catch suspects in the UK riots. The Metropolitan Police created a Flickr page to raise awareness about the London riots and get the community involved in the resulting investigation.

The page was called Operation Withern, and consisted of a gallery of CCTV images of looters and suspected rioters. Members of the public were asked to contact the police and report any people they may recognise in the gallery.

As online communities are becoming more and more dependent on sharing anything from photos to small bits of information about their daily lives, Flickr will no doubt prove to be an interesting website to keep up with!