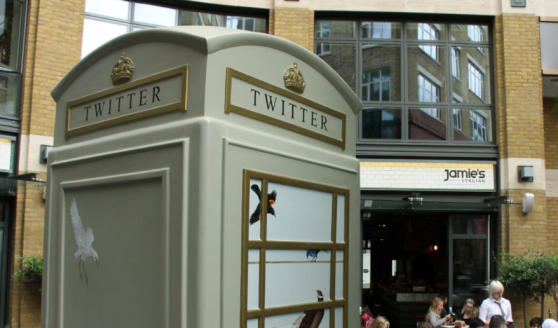 In a recent interview a Twitter spokesperson announced the platform’s ambition to launch a “stand alone direct messaging application”. It is thought the Twitter Direct Messaging App aims to rival existing popular apps including Snapchat and WhatsApp. This move is part of a greater movement by the platform to refresh Twitter’s direct-messaging product. This movement includes the creation of a whole new setting. The new Twitter Direct Messaging App setting enables users to send and receive messages from others. According to AllThingsD, users of this new messaging feature will not have to mutually follow each other in order to communicate in this way.

Reports from The Daily Telegraph reveal that Twitter has been testing this feature internally for a number of weeks. The Twitter Direct Messaging App feature has begun a slow phase of gradual release to the general public. This process began October 14th 2013.

The implications of this Twitter Direct Messaging App service suggest that Twitter is changing. Private messaging has never being the platforms key aim. Historically speaking at one point the platform played with ideas of removing its private messaging capabilities completely. Due to the widespread popularity of private messaging apps like WhatsApp, Kakao Talk and Line, social media platforms have had to re-evaluate their position.

In Twitters IPO filing, which was filed at the beginning of October 2013, Kakao Talk was identified as a “particular threat”. Reports have also stated that Twitter has been conducting research in order to reveal the extent which Snapchat is being used by individuals to interact with each other.

As it stands, it is unclear what form Twitter’s private messaging app will take. However it is highly likely that the Twitter Direct Messaging Application will be designed to engage mobile users. Facebook has already launched a stand-alone private messaging app. The Facebook app is called Messenger and is equally compatible with Apple’s iOS system as it is with the Android operating system. Messenger blends Facebook’s messaging service with Beluga technology. Facebook’s Messenger service was re-released in 2011.

During April 2013, Analysts Informa released a report. The findings of this report revealed that for the first time in history messaging applications had surpassed text messages in terms of volume. The report found that each day 19 billion chat messages are sent compared to only 17.6 billion texts.

Currently Twitter is gearing up to float on the New York Stock Exchange. The confirmed date for this action is November 14th. The platform filed to make its pilot public offering in October 2013. This move comes around 18 months after Facebook’s initial stock market fiasco. Twitter filed a report on November 15th, the report claimed the platform had an increase of 37.5% in its users. The platform claimed this increase brought its total global membership to 231.7 million. In the report Twitter further announced that its revenues had doubled in the quarter which ended in September of 2013. Despite this all may not be how it seems. The platforms net losses widened dramatically last year, from $21.6 million to $64.6 million. This widening has been attributed to a 158% surge in sales and marketing spending in order to promote the platforms new advertising options.