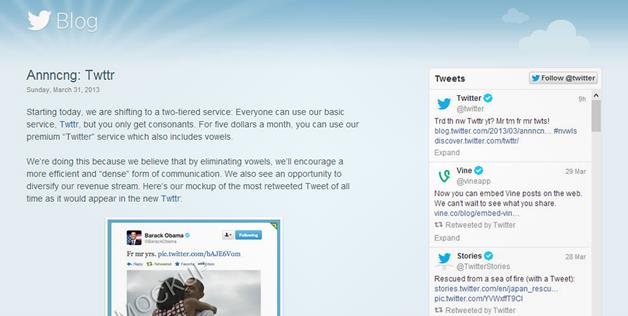 Twitter April Fools 2013 On Monday April 1st 2013 Twitter announced to its users via a blog on the site that it was moving to a two tier service of operation. The two tier service included two options. The first option which was available to all of the platforms users, […]

Seven Twitter Facts On Thursday 21st March 2013, Twitter celebrated its seventh birthday. The site has grown massively over the last few years to become one of the most used social media platforms so we have put together our favourite seven Twitter facts alongside a little history into this micro-blogging […]