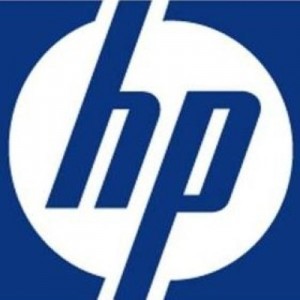 On Thursday February 28th 2013 LinkedIn announced that HP was the first company to achieve one million followers and become it’s most successful corporate account. The Vice president of marketing on the site Nick Besbeas explains the how and why. He says HP built up their following by the companies strategic posting of relevant content and providing insights. The company also excelled due to its acute targeting of LinkedIn follow adverts. This alone helped the site to quickly gain a large following. An astounding 300, 000 followers in the company’s first two months of activity.

HP has not dominated on all social media platforms however. The company’s Twitter follower count is much lower. On the platform it has a limited 180, 000 followers. However both of the platforms provide a much lower following than the legions of Facebook followers. HP’s Facebook contingent stands at approximately 2.2 million likes and followers. The company however has been keen to utilize LinkedIn as part of its social commerce campaign. HP noted recently that LinkedIn was “Critical” to their campaign. They also considered it an excellent format to reach out and access their customers.

The HP’s vice president of digital marketing Natalie Malaszenko, commented recently. “LinkedIn has been an indispensable tool for our online development. It has been critical for our company. Allowing us to reach out and successfully build relationships with our diverse community of customers, partners and prospective employees.” She continued to comment on the virtues of LinkedIn, in another statement. “The one million followers we have obtained recently are connected to a further 43 million followers. This is approximately a quarter of LinkedIn’s entire population.

The platform first allowed people to follow companies in 2010. This year LinkedIn have provided a “Follow us” button. Companies are then able to put the button on their site page. This makes it much easier for everyone. Customers and job hunters can follow companies through the simple click of a button.

LinkedIn as a platform has proved far more resistant to companies than its rival Google+. The rival platform had several companies which achieved over one million followers within the first year of its launch. Companies are gaining fewer followers on LinkedIn than Individuals. These individuals are followed on the LinkedIn “influencers program”. Founder of Virgin Richard Branson gained one million followers in the first two months of the sites launch.

Besbeas commented on HPs success. “Following a company is an active choice. A choice made by the individual. Not all our users want to follow companies. Followers of HP on our site genuinely want the content HP shares.” So it is a matter of quality over quantity it would seem. He continues in a blog statement on the site. “HPs followers are especially valuable to us. Their profiles tell us who they are. They inform us that the company is successfully connecting with its target audience. The people who HP wishes to engage with: senior level decision makers in relevant industries.”