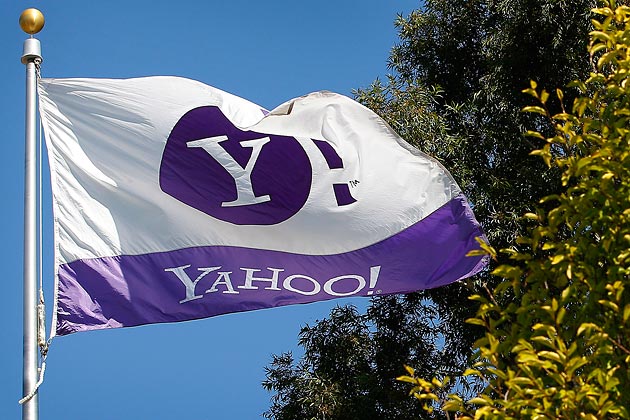 Under the new CEO management of Marissa Mayer, Yahoo has shed its archaic logo from the 90s. The search engine made the announcement on Wednesday 7th August 2013. This is the first change to the company logo since it was established over 18 years ago. It has been revealed that the new look will retain the existing colour scheme, and also the trademark exclamation mark. The announcement was accompanied by a promotional video. The Yahoo Logo Rebrand video can be viewed by clicking here.

In a blog post, Kathy Savitt, who is Chief Marketing Officer for the search engine, explained the Yahoo Logo Rebrand changes. “Over the past year, there’s been a renewed sense of purpose and progress at Yahoo!, and we want everything we do to reflect this spirit of innovation. While the company is rapidly evolving, our logo — the essence of our brand — should too. The new logo will be a modern redesign that’s more reflective of our re-imagined design and new experiences. It’s our way of having some fun while honoring the legacy of our present logo.””

In order to build anticipation around the launch, the search engine will display a new variation of its logo over a 30 day period. The logo variation will appear on the homepage of the search engine. However, these variations can only be viewed by users in the US. The first example opted for a more streamlined appearance. In this design, the second O was larger than the one before it. In Yahoo’s words, this design aimed to reflect the search engines “fun, vibrant and welcoming” character. The daily logo was also accompanied by the hashtag #dailylogo.

Since taking over the company in July 2012, Mayer has been keen to reinvent the search engine. Before she took over as CEO, the company was struggling. Since then the company has launched more than 16 individual startups. This includes the popular Tumblr, which is a blogging platform. She also spent time reinventing the search engines existing brands, which include the photo site Flickr.

Under the leadership of Mayer, the search engine stock price has risen by almost 100%. When she took over, stocks were valued at $15 each whereas now they have a value of $27. Despite this, some analysts continue to remain skeptical of the company’s long term prospects. Yahoo’s remodeling follows similar changes which have been made by internet titans including AOL and Microsoft.

The Yahoo Logo Rebrand project settled on this particular logo and if you click on the image you will find out why!