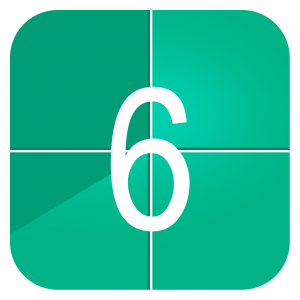 In the greater scheme of things six seconds is an incredibly short space of time. Reading this sentence out loud would take a similar amount of time. However it appears to be the brevity of Vine which has attracted it over 40 million individual registered users (figures as of October 2013) since it was launched in January 2013. Vine is an app which enables users to produce and share video clips of up to six seconds.

Interestingly, when the increasingly popular photo sharing app, Pinterest adding video sharing capabilities to its services in summer 2013 time was one of its defining factors. The video sharing service on Instagram enables users to share videos up to 15 seconds in length, compared to Vine’s six.

However there seems to be something incredibly appealing to users about six seconds. In an interview conducted in August 2013 Vine co-founder Dom Hoffman provided an explanation as to why Vine settled for six seconds. In the interview he revealed that he and his fellow co-founders played with a variety of different time lengths. This lengths included five seconds, ten seconds and nine seconds. During these tests it was found that five seconds wasn’t long enough. “It was actually too short,” Hoffman explains.

Later tests found that six seconds was enough time to provide users with the sufficient amount of time to create the aesthetic feel which the creators wanted, without compromising the quick pace of interaction which they wanted to provide users. Furthermore it was found that this limit enabled users to easily and effectively share and create Vine videos through their smartphone.

However, once the Vine team agreed on six seconds, something still wasn’t quite right. “The next thing that we noticed was that the videos start quickly but they also end very quickly and that felt anti-climactic,” Hoffman explain. “It didn’t feel right.” This realisation caused the Vine founders to add a loop to their service. As users of the Vine app will be aware, videos featured on the app loop over and over again. This loop enabled users heightened levels of creativity to play with “infinite” video action.

Pierre Laromiguiere, president of Armstrong, which is a marketing company that makes use of Vine explained the advantages. “You don’t just skip a six-second video, so you watch it. And when you like it … you appear to watch it three, four, five, six times in a row.”

Although Pinterest has the far larger following, Vine’s popular appeal has extended to artisits, comedians and film makers, who make use of the limited time and the looping in order to deliver creativity to their viewers. Historically, creativity is often at its greatest when restraints are placed upon artists. For after all Haiku has only three lines and has been in existence for centuries.

A genre of animated Vines has emerged. Katy Lipscomb, who is a 19 year old art student living in Georgia, states that Vine makes animation easy. “You just tap the screen … you’ve got a frame and then you can keep on going,” she said. Her collection of animated Vines includes a six second video of a unicorn. In this Vine the horn grows from its head and the body is filled with colours until it appears that the unicorn will burst from the screen.

However not everyone is a fan of the restraints which Vine imposes on its users. The blogger Carlos who submits articles for the sports and popular culture blog Grantland is one of these. He stated, “I just think that as we continue to dwindle down our attention span, eventually it’s going to be about zero point five seconds and that’ll be praised as the next big thing.”