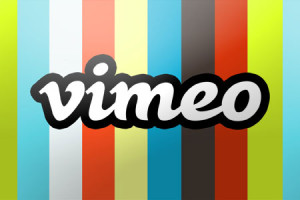 The video sharing service Vimeo seems to have been stuck with the moniker “YouTube’s competitor” for years but few people know that Vimeo has actually been around for a little while longer. The company was started in 2004 by Jake Lodwick and Zach Klein, who chose the name as a clever way to put “me” in video and symbolize Vimeo’s philosophy. Built as a platform for indie film makers, most of the videos uploaded to Vimeo are user generated and their creators often interact with each other and forge powerful connections.

Vimeo Company History: How It All Began

The company history of Vimeo shows that a good product can flourish even out of its founders’ hands. The video hosting website was purchased by InterActiveCorp in 2006, and by 2008 neither of its creators were on board any more. Nowadays, Vimeo still remains under the ownership of InterActiveCorp and is run by CEO Dae Mellencamp. In October 2010, Vimeo hosted its first Awards ceremony in New York City, designed to showcase the work of its creative users. The first instalment of the Video Awards offered a grand prize of $25,000, and received over 6,500 entries.

The website’s membership increased by 82% between November 2010 and November 2011, when over 4 million new users signed up. Vimeo’s mobile video uploads also saw a significant increase in this period, with around 10 times more such videos uploaded to the site in 2011 as opposed to the previous year. 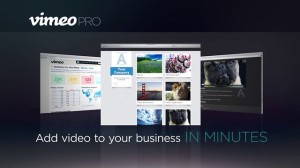 Vimeo was the first video sharing service to allow all users to upload videos in HD, making the format more accessible to a wider public and encouraging people to become film makers and start producing quality content. However, in 2008, certain restrictions were introduced for basic accounts after Vimeo announced its new Vimeo Plus access. To offer a better deal to subscribers, who now got unlimited HD uploads, unlimited group creating, and add-free service amongst other incentives, standards users lost some of these privileges. Furthermore, in 2011 Vimeo added another account type. This time destined for businesses interested in video marketing or promotions. Vimeo PRO was destined for a more commercial use. It included access to more advanced analytical tools and technical support offered by a contracted third-party service. 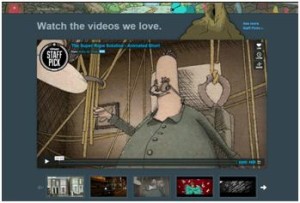 In the last few years Vimeo has started attracting the attention of mainstream content creators and artists. Britney Spears used the site to premier her video for Radar in 2009. The press office for the White House also uses the service to upload HD broadcasts. Vimeo also attracted Microsoft with its business video marketing campaigns. The software titan used the video hosting website to upload its commercial for Internet Explorer 9, an advert titled “A More Beautiful Web”.

Whilst Vimeo may no longer attract just indie film makers, its user base and alternative reputation easily set it aside from its competition. As more and more established names in the entertainment and technology industry flock to Vimeo, it will be interesting to see exactly how much ground it will gain in the video hosting market in the future.