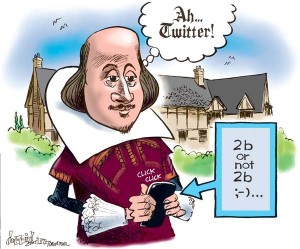 Twitter promoted a Twitter sales study which was conducted during the summer of 2013. The study was one of a number the social media platform commissioned through the company Datalogix. The focus of the Twitter sales study was an attempt to link activity conducted on the platform to “the real world”. The results demonstrated quite clearly that promotional tweets are able to significantly increase the number of sales a company makes.

From the outset this argument may seem to be tenuous at best. After all how can you gauge whether a tweet based promotion leads to a physical sale? Erik Sherman of Ink.com exchanged a number of emails with Datalogix’s CEO, Eric Roza. After these emails he stated, “it sounds as though they have a way to make it work, although there are still potential shortcomings.” The implications of being able to track social media based actions to physical sales mean that marketers will be able to develop more successful marketing strategies. This blog will first look at the methodology which Datalogix used in order to conduct this Twitter sales study before examining the results it yielded.

Datalogix aims to draw links between consumers online and offline behaviour. In order to understand this fully it is essential to grasp that a large amount of market research makes use of “pre-existing panels of users”. In most cases these users receive some kind of incentive to encourage them to respond to surveys. The reason why this approach is widely used is that it is both financially expensive and logistically difficult to find individuals who are qualified for a specific survey and will also complete it. Panels are used as they enable surveyors to gain a large enough research group to complete the surveys and deliver reliable findings. Whilst this technique is widely used it is far from ideal. This is because the sample have selected themselves which can in some cases reduce the survey’s validity.

Roza provided Sherman with an expansive explanation of their methodology. It read as follows:

“Rather than relying on small panels, as in traditional market research. Datalogix instead analyses purchasing behaviour across tens of millions of households with hundreds of billions of dollars in spending. We match our database to Twitter’s using anonymous hashed keys such as email or user name, and conduct a similar process with retailers where the advertised [CPG] products are sold. The retailers track product sales primarily via Loyalty Card purchases. The matches are completely fire walled from one another, with Datalogix acting as the trusted third-party. This ensures that no matching information is shared between Twitter and the retailers. In addition, Twitter engaged a Big 4 Auditing firm to confirm that no personally-identifiable information is shared between our companies, and that all reporting that we provide is done at the aggregate level.”

As a company Datalogix is familiar with common identities. This enables them to draw matches between data provided by Twitter and sales data provided by individual businesses. Often this information is gained from loyalty cards which are often linked to the email address of a Twitter handle.

One major shortcoming of the Twitter sales study is that much of the results provided by companies was based on data from loyalty cards. This means that sales against non-sales cannot be measured for a large amount of the public spenders. Despite this it is important to know the buying habits of loyalty card holders. This is because in most cases they are likely to be a brands largest spenders. Despite this the results from the study were insightful.

The Twitter sales study was conducted across 35 CPG brands. It found that users who “engaged with a brand’s promoted tweets purchased more from that brand than a statistically identical control group.” The increase in purchasing was a 12% lift in sales.