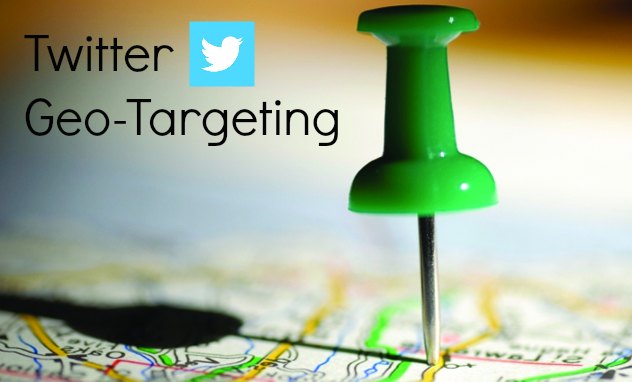 Twitter has gained widespread popularity with marketers as it enables them to reach a key audience with a specific message. Recent changes to the social media platform look set to greatly improve the potential accuracy that Twitter can provide when it comes to reaching your targeted audience. These changes come in the form of what Twitter calls Tweet Delivery by Country with Geo Targeted Tweets. The service is a new tool which is available through Twitter’s API. The Geo Targeted Tweets tool enables marketers to successfully send a specific geographic location of their choosing. To demonstrate, a brand could launch one tweet to its American following and another different tweet to their British following, simultaneously from the same account. Equally impressive is the fact that these tweets will only appear on the brands timeline in the user accesses their account from a specific location.

The Geo Targeted Tweets feature will enable brands to consolidate their presence on the platform. Whereas brands have previously had a number of accounts aimed at different geographic locations and languages, now they will be able to have one account. This Geo Targeted Tweets feature also looks set to improve the international marketing ability which Twitter provides to companies and marketers. To demonstrate, under the new feature brands will be able to target their messages far more directly than previously. Now brands will be able to send offers and content to followers in a specific location. The feature also means that really creative brands will be able to create content which has been specifically customised for a particular country.

The feature looks set to enable brands to engage directly with users of the platform outside of the U.S. American users currently form approximately 77% of the platform’s total membership. Therefore, the changes will potentially enable companies to engage a far greater number of users, whilst also enabling Twitter to continue to grow as a company by accumulating larger advertising revenue.

The new Geo Targeted Tweets feature has been made available to partners who have access to Twitter’s Ads API. The first company to make use of the new feature was London based TBG. The social media ad management company announced that it was providing clients with a package which featured a country specific tool for tweeting. However a spokesperson for the company has recently revealed that clients are yet to make use of this new package.

The first company in the U.S. to make this Geo Targeted Tweets feature available to their clients was Spredfast who are based in Austin. The company offers their clients a number of tools which enable them to effectively manage their accounts across multiple platforms. The service was presented to clients towards the end of October. A spokesperson for Twitter announced to Mashable on October 23rd that Salesforce had access to a similar targeting tool during 2012. However the company revealed that this was because Salesforce had received early access to an alpha version of Twitters API.

Jim Rudden, the CMO of Spreadfast provided Mashable with a statement. He said, “We think this is just the start. The whole focus is on, ‘How do we get relevance in the news feed?’ The more targeted you can get, the better.” The main advantage of the updates for brands is that it significantly reduces the number of accounts which they have to manage. It also means that these brands will receive a far more direct channel of customer feedback enabling them to be more effective. Under the changes regional Twitter handles are likely to disappear. This would mean that all of the messages would be sent from one account, therefore any feedback, comments or complaints will be sent to the same place.

The main drawback for brands is that during the account consolidation period they will not only have to compact their brand handles. They will also have to persuade their existing followers to follow a different account handle. TBG hopes that their clients will be willing to overcome this issue even though they report the process of consolidation can take between six months and a year.