A study conducted in 2011 quantified the effect which social media had on the Arab Spring. Whilst the revolution may no longer be televised there is an extremely high chance that it will be tweeted. Furthermore it is equally likely that it will blogged about, texted and according to the results of this survey even organised via Facebook. 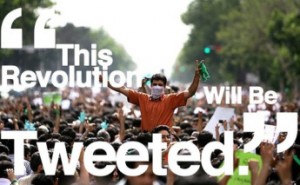 The study analysed over 3 million individual tweets, gigabytes of posted YouTube videos and trawled thousands of individual blog posts. These sources were used in attempt to discern the role which social media played in shaping the political debates which surrounded the events of what has become known as The Arab Spring. It has been found that revolution themed conversations often proceeded the unfolding of major events. Additionally, social media has become the vehicle which allows for rousing and inspiring revolutionary stories to transcend international borders.

The leader of the research project, Philip Howard commented on the findings. He stated, “Our evidence suggests that social media carried a cascade of messages about freedom and democracy across North Africa and the Middle East, and helped raise expectations for the success of political uprising. People who shared interest in democracy built extensive social networks and organized political action. Social media became a critical part of the toolkit for greater freedom.”

The study found there was a massive increase in tweets regarding political change in Egypt the week before President Mubarak’s resignation. Numerically the increase was from 2300 tweets a day to 233,000 each day on the topic. During this same period YouTube videos displaying political commentary and protest went viral. The top 23 of these videos collectively received a total of 5.5 million views. Equally, the amount of content produced by opposition groups drastically increased. This content included political blogs and posts on Facebook. 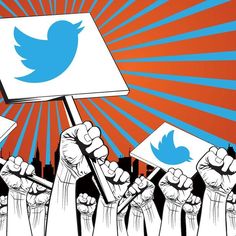 Howard, who is also an Associate Professor in Communication at the University of Washington commented on the merits of Twitter in the survey. “Twitter offers us the clearest evidence of where individuals engaging in democratic conversations were located during the revolutions,” he stated. “Twitter provides a window into the broader world of digital conversations, many of which probably involved cell phones to send text, pictures or voice messages.  In Tunisia, for example, less than 20 percent of the population uses social media, but almost everyone has access to a mobile phone.”

In order to supply the required data, a colossal digital archive was created by the team. In some ways this study was unique as it was able to acquire data about both technology use and political feeling before the revolutionary events. To demonstrate information about blogging in Tunisia was acquired a month before proceedings began there.

The study found that conversations of a political nature foreshadowed the events in both Egypt and Tunisia. It was found in Tunisia that blogs and posts discussing revolutionary topics often came before significant developments. These topics included: “liberty”, “democracy” and “revolution”. 20% of all the nations’ blogs were found to be assessing the leadership of Ben Alis the week before his resignation. This was a four hundred percent increase from the previous months 5%. After Alis’s resignation the most common topic found in Tunisia’s blogs was revolution. This trend ended when 100,000 individuals forced the former regime to surrender power. 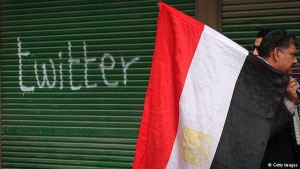 The study found that in both countries the conversation travelled into the international conscious. In the two weeks following Mubarak’s resignation there were a number of tweets in neighbouring countries centred on the political situation within Egypt. During this period, tweets on this topic averaged at 2400 each day.

“People throughout the region were drawn into an extended conversation about social uprising. Howard said. “The success of demands for political change in Egypt and Tunisia led individuals in other countries to pick up the conversation. It helped create discussion across the region.” In his conclusions Howard is quick to point out that social media did not cause the political events in these countries. Social media did however give the people within these countries the ability to influence domestic politics.