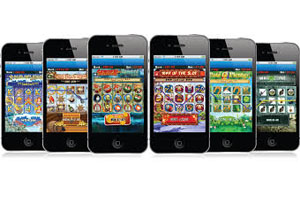 Probability plc are industry leaders in mobile entertainment gambling services and technology operating exclusively in regulated markets. They own and operate some of the UK’s most popular mobile gaming sites which include LadyLucks, Moobile Games and Touch My Bingo. Since their launch in 2003, Probability has solely focused on bringing entertainment gambling and real cash gaming into the mobile era.

Probability was co-founded by two technology entrepreneurs who recognised an opportunity when the first mobile phones with internet browsers were launched on the market in the early 2000’s. Learning from the growth and development of the home computer, the founders realised quite early on that mobiles would more than likely take a similar path with equally exciting opportunities. There was a gap in the market not already fulfilled by other gambling operators to develop instant win games.

Their first mobile slot game was launched in 2004 which was the first of its kind, whereby the customers could only register and access the service from their mobile phones, no desktop version of the site was ever created. Luckily enough the idea caught on, but it wasn’t until the arrival of more advanced smart phones such as the iPhone and Android devices that their products came into their full potential.

To add to this, Probability’s timing to interlink with the social media revolution taking place was the perfect for them to re-invent their business. With more people now using smartphones it was the push that was needed to access the huge market available to them. With more and more innovative technology becoming more and more available, Probability have been able to launch a new software development and management platform reducing the time required to create a new slot game to market from weeks to days.

SEO Web Marketing were called in to help with the search engine optimisation and social media marketing for some of Probability’s well known own brand labels including LadyLucks, Britain’s favourite mobile casino and home to mobile slots, casino and bingo games. With online gambling being an ever popular past time for hundreds of thousands of people across the country, it was our task to make sure that the site was performing to the very best of its ability. Baring in mind that the site is accessed 24 hours a day by hundreds of thousands of people, it was crucial that the site’s diagnostics were tested and any fixes made in a timely way.