Contrary to previous studies, a recent Facebook study has revealed that it may actually raise self esteem. The Facebook study advised users who are feeling down or depressed to view their profile page which the study claims would lift their mood. This advice comes from a Facebook study which findings concluded that peoples Facebook pages helped validate users. It reassures them of their self worth and improving feelings about self perception. Co-author of the research and Facebook study, Jeff Hancock revealed.  “The conventional wisdom surrounding Facebook, states the social networking platform is merely a time sink. It leads only to an assortment of varied negative consequences. However our research has found opposite conclusions. The research has shown that the site can actually be a psychologically meaningful activity. An activity which, we found provides users with a great sense of well being at an astonishingly deep level psychologically.”

The Cornell professor of communication, computer and information science, continued in another statement. “Our study suggests that the extraordinary amount of Facebook usage may actually be a reflection of its ability to satisfy ego needs. These needs have been found to be fundamental to the human condition.” To prove these statements, the co-authors Hancock and Catalina Toma examined how study participants reacted after receiving negative feedback on a speech they presented. Together they found that after receiving bad feedback, in both of the experiments which were performed participants were more likely to check their Facebook profiles on Facebook. It was also found that after checking their profiles, participants were less defensive and became more relaxed. 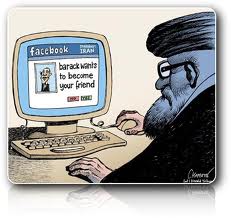 Again Hancock provides an insight. “As a widely available, everyday source of self affirmation, Facebook appears to be a useful instrument in people’s effort to preserve self worth and personal integrity.” The researchers believe this to occur because of the freedom of expression allowed on the profile page. The page allows users to display the personal relationships and characteristics which hold dearest. It was further found that Facebook helps remind and reaffirm users of their goals. Also their values and personal relationships.  The findings develop a whole new meaning when it is considered that over one billion people globally have a profile on the platform. Furthermore studies are finding people are increasingly living a greater amount of their lives on the internet via social media. “Perhaps online daters or those who are recently divorced, find solace in the reaffirmation of self and personal identity which their Facebook profile encompasses. We found especially with those who had divorced recently that composing or reviewing their Facebook profiles allowed them to review their core beliefs and values. As I previously mentioned this activity was found to provide a sense of well being at a deep emotional level.” Hancock said, “Again students facing imminent examinations and deadlines, we observed found release from the stress by viewing their social media profile pages.” 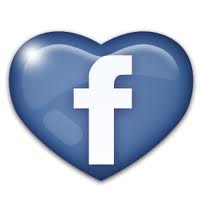 The results of this research were taken from two experiments. Each experiment analysed 88 under graduate students. The experiments were conducted by Jeff Hancock and Catalina Toma. The research was published in the March 2013 edition of Personality and Social Psychology Bulletin.