We share an enormous amount of our lives on the social media platform. Not merely in what we post but also in which Facebook pages we like. These Facebook likes can be used by employers and friends alike to build an accurate portrait of us as individuals. A recent survey has gone as far as to state that the pages, posts and public figures we like can provide a surprisingly accurate representation of various factors of our lives. Factors which the study claimed likes provided insight into were: political and religious views, levels of drug and substance usage, sexual orientation and bizarrely the levels of an individual’s IQ. 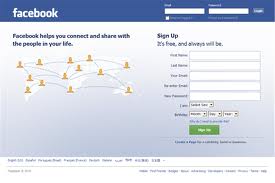 The Cambridge university study, was published in the journal PNAS. The study analysed the digital media activity of over 50, 000 of the social media platform’s users. The participants consented for their inclusion in the study. Providing their Facebook likes, the demographic profiles and psychometric results were tested through an online application. The study fed the Facebook likes of an individual through an algorithm. They compared the findings with the results from personality tests and the user’s profile. Some of the findings from the survey revealed that users who liked the pages “curly fries” and “thunderstorms” consistently had higher IQs than users who liked “Harley Davidson”. Also fans of “The Lord of the Rings” were found to have higher IQs than users who “love to be Moms”.

The survey which provides masterly depth also revealed that users who liked “swimming” were overwhelmingly satisfied with their lives. In comparison, users who liked the brand “Apple” were found to be dissatisfied with their existence. Interestingly perhaps for those concerned with the atheism vs. religion argument, atheists were found to be more dissatisfied than Christians. To demonstrate, the pages “Jesus Christ”, “the Bible” and “Jesus” featured in the most common pages of satisfied users. The study provided great detail into topics such as emotional stability. It was found that people were more inclined towards a neurotic temperament through the Facebook likes of pages such as: “sometimes I hate myself” and “Kurt Donald Cobain”. In comparison users with a calm and content outlook were to lean more towards extreme sports Facebook Likes pages such as: “Parkour”, “Skydiving”, “Mountain Biking” and “Climbing”. 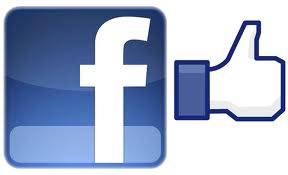 The study further claimed to be able to tell the openness of individuals from their Facebook likes. Claiming that people who were liberally and artistically inclined liked the pages of “Plato”, “Charles Bukowski” and “Oscar Wilde”. Whereas those who were conservatively inclined like pages such as: “I don’t read” and interestingly “Oklahoma University”. Fans of “Michael Jordan” and “Chris Tucker” were found to be outgoing and active. Whereas fans of “Voltaire” and “Terry Pratchett” were found to be, for the most part, shy and reserved. The study found that single individuals were more inclined towards liking the “Hunger Games” and “Usain Bolt”. Whereas those in relationships were found to be fans of the pages: “Weightwatchers” and “Scrapbooking”. Interestingly drug users were found to like “songs with lyrics which actually mean something”. Non drug users were found to like “milkshake” and “sour candy”.

The study also confirmed the assumption of many that metal heads are loners. “Iron Maiden” was found to be attributed top users with few friends. Users with many friends were found to be fans of “Jennifer Lopez”. Non smokers were found to be “Rocky” Fans and interested in “Honda”. In comparison smokers overwhelmingly “agreed to terms and conditions without reading them”. The study is remarkable due to the depth of its observations and also the size of its sample group but it does seem to be very general about individuals.