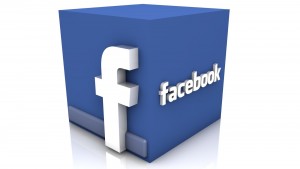 In March 2014 Facebook announced their intention to unroll a major redesign to their social media platform’s homepage and Newsfeed. The platform released a “revised” version of their Newsfeed in 2013, which according to an article written during March 2014 by MarketingLand was well received. So well received that the article observed that the majority of Facebook’s users liked things the way they were. Due to this a level of conflict has emerged between the platform’s users and its advertisers, some have argued that as part of this conflict it has been the advertisers who have received the raw end of the deal in recent months.

Ultimately, the changes involve seven key aspects which Facebook users should be aware of, these are as follows:

Another major change which has turned some heads is the disappearance of the Apps tab. It is likely that apps will now instead be found as part of the “More” drop down menu.

But what do all of these changes actually mean?

What the changes mean for Facebook marketers and App providers:

These actions present a clear message, namely that Facebook has little concern for Page Apps and their associated tabs. Whether this is a bad thing or not can be argued both ways, however ultimately Facebook is stuck with apps. This is because apps form an integral part of the overwhelming majority of Page’s strategy to both recruit and engage followers. Simply put, apps are not dead. However the Facebook reaction to apps is one of lukewarm tolerance. Moving forward it is unclear what the future of apps will be but it is clear that further changes will most likely not be in favour of apps.