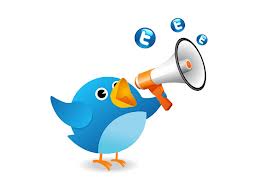 Still have your doubts about the power and value of social media such as Twitter and Facebook? Then check out the opinion of one of North America’s most respected online political strategists, Andrew Bleeker.

Andrew is the Washington-based digital guru who was director of internet advertising for President Barack Obama’s successful 2008 election campaign. He has just helped to lead the largest political online marketing campaign in history for the President’s re-election.

Talking to the Canadian newspaper Globe and Mail, Bleeker explained how digital media has the power to change politics – indeed, he says it already is changing politics.

“Social media gives a candidate credibility. If a message is shared on Facebook, it is more credible. That is how our culture has developed influence,” he said.

In particular, Bleeker highlighted the potential of Twitter – one of our favourite social media tools here at SEO Web Marketing – to change the pace of debate.

“Twitter has redefined the news. It is the real winner in this election and it is where the real debate happened. Every member of Obama’s staff would tweet directly, even junior staffers. David Axelrod [Mr. Obama’s chief campaign strategist] would tweet and it would become a story. The press would tell us, we won’t write about it if it doesn’t have a social media presence,” said Andrew.

We couldn’t agree more. Since its launch in July 2006, Twitter has become on the biggest social media success stories, reportedly attracting over 500 million registered users by the end of 2012, generating over 340 million tweets every day and handling over 1.6 billion search queries a day.

And if it’s good enough for the President of the US, it’s certainly good enough for us. But there is definitely a right way and a wrong way to get the most value out of Twitter.

Here are our top three reasons your business should be using Twitter.

1. Get closer to your customers

This has got to be the main reason. Twitter has become a daily routine for millions of people – including your customers. They log on every single day to share their thoughts and opinions, or just to chat. So chat back! Build a relationship. Step out from behind the anonymous corporate box and get to know your customers as people.

In the old days, if you had something to sell, you went into the street and shouted about it, or you sent out a leaflet telling people about it. Twitter is like both of those rolled into one. You can tell people about new products or services immediately, straight to their ‘inbox’. And the best part is, it’s totally free! (Unless you hire someone like us to run your Twitter account of course! J)

3. Spy on your competition

So don’t just stand there – get tweeting!