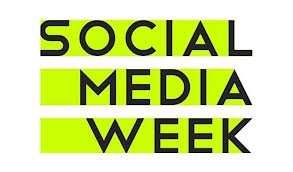 So how was it for you then? Social Media Week we mean?

You’d be forgiven for missing it, unless you’re social media obsessives like us, but February 18th – 22nd was global Social Media Week.

What is Social Media Week we hear you scream?

Well, in its own words it’s a “worldwide event exploring the social, cultural and economic impact of social media.”

What that means in practice is a whole series of events across the US, Europe, Africa and Asia looking at the impact of social media on our societies.

It’s actually the fifth year of the event, which started in where else but the good ol’ US of A back in 2008. This year’s was the biggest yet by all accounts. It  featured speakers and workshops designed to appeal to media, advertising and business.

Nothing in London this time, though, which seems to be a bit of a gap on the list of host cities but London has featured in previous SMW’s and I’m sure it will again.

Car company Ford was among the companies holding events in New York. Its global head of social media, Scott Monty, hosted a debate about the motor giant’s social media efforts.

Google also had a major presence. Well what did you expect! Google came with a team from Google+ delivering a workshop in New York on how to get the best out of its live chat tool, Google Hangouts.

A number of major media organisations, like the Washington Post and Huffington Post, are already using Google Hangouts to improve the way they engage with readers. So although it’s been pretty low key up to now, expect to see more of Google Hangouts over the next year. It’s something we aim to cover on our website too. So stay tuned.

The headline act in Copenhagen was Maersk’s head of social media, Jonathan Wichmann. Who provided an insight into how the Danish container king is benefiting from social media. While over in Paris, Eric Maillard, director of Ogilvy PR, explored the use of social media networking in crisis management and communications.

But if you missed all the fun, don’t worry. You only have six months to go until the next Social Media Week, in September 2013. Watch this space. SEO Web Marketing will bring you more info!