As a long-term believer in the power of social media, I find it fascinating to learn how it enables people in different walks of life, professions and industries to achieve their dreams and aspirations that otherwise wouldn’t be possible. During my time on the various social media platforms, I have connected with an amazing array of people who motivate me even more to continue to learn about the way in which communication has changed over the years, and continues to do so into the future, due to the use of technology.

During this time, one of the many people who I have connected with is an inspirational writer, Tasha Ina Church. Tasha grew up in a household with two teachers for parents and has always had a passion for learning which she needs to share with the world, wanting to do all that she can to help others succeed. After a few conversations with Tasha, I asked her if she would share with me her experience with social media and how she has utilised it within her journey to self-publish a book. Here’s Tasha’s story about her experience using social media in her own words….

How I Used Social Media To Gain The Attention I Needed 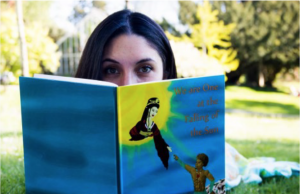 “The catalyst for branching out into social media happened while preparing for my first book launch. The idea of the online communications world at the time seemed daunting to me but I knew it would be a valuable tool. Utilising Facebook invites and posting pictures of the book online, I prayed to God that anyone would take interest in the story that had been percolating in my mind since I was a child.

I grew up in a multicultural household with two teachers for parents. There was never a thought that my parents or my brother and I were any different from others within our community but it was the little things that were glaring. The fact that my family did drum making workshops, my dad had an extreme fascination with learning about his Scottish heritage and my mother taught me to make traditional Ukrainian eggs just seemed normal.

But I remember going to the library religiously and always looking in the children’s books section for couples that looked like my mum and dad, along with people that looked like me. There was the Native or Indian section, the Ukrainian section, the Scottish and Welsh sections but never a Ukrainian, Native American, Scottish, and Welsh combo. My parents would have to explain to me that no mainstream books were out at the time for multicultural children. When I shared my frustrations and sadness they told me when I grew up, I would have to become an author and change that. Since then, while friends spoke of being princesses, professional singers and pro basketball players, I always wanted to be an author and write that book. 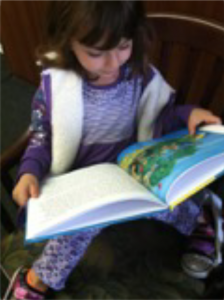 So, there I was twenty years later, terrified that what I had dreamt up years before would be out there for the world to see. My book ‘We Are One at the Falling of the Sun’ is a story of someone from the sea and someone of the sky falling in love and that is how sunsets came to be. I kept waiting for the critics on social media to blast my illustrations (the ones that took three years to create) but the criticism never came online.

Earlier that year, I bravely sent in enquiries to different publishing agents. No one wanted to take me under their wing. I was told the pictures would not be appealing to children and the style was not mainstream enough. Some wouldn’t respond at all and that almost felt worse. It meant that I was in the category that didn’t matter enough to even respond back with, “No thank you.” The message I heard from it all was that I and my book were not good enough.

It was rejection to the tenth degree at the time but then my parents shared that I should self-publish so I could keep my pictures and the story intact. I decided that I needed to learn how to use social media to my advantage. It would be the great equaliser! I shared with friends and they shared with their friends. My girlfriend in New York shared it with her students in her summer program at a museum and even flew in to Washington for the grand event. She shared the reviews by her students with me and it gave me a huge confidence book. Kids liked my book!

The day of the book launch, everything was in place. There was a camera man, a friend who catered the event with food and my friend from New York was ready to read to the children who came. The book launch had three hundred people come through, two of which were state wide representatives in education.

Online communications have been a tool for success. Since the launch, I have utilised social media in multiple capacities:

While this wasn’t the story of fortune and fame, it was a story of how a childhood dream became a reality.”