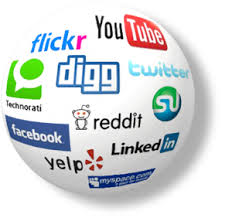 A study has been established by the social media internet analysis firms Sanitas International and Crimson Hexagon. It was to establish whether there were social media revolutions. The co-founder of Sanitas, Christopher Harvin, explained this decision. “Nobody has really talked about what happens when people put their flags down and go home. We wanted to study this and provide an insight into the process in these countries.” The study which the companies embarked on aimed to analysis the content of tweets coming out of the revolutionary hotbeds. The countries which the three month study included were: Libya, Egypt and Syria. In Syria a civil war still continues.

The study used Twitter in order to find source data of a social media revolution. Using specific key words in order to sort and analyse the Tweets, coming out of the countries over the three month period. This method allowed the countries to gain a good insight into the content discussed online by members of the studied countries.  The study made major discoveries in both of the post war nations. “Members of both Egypt and Libya are increasingly using social media to discuss the revolution and the concept of nation building. The posts fell into two distinctive categories: instrumental and interpretive.” 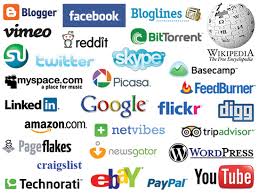 The findings of the study in Egypt were based on the analysis of one million posts in English and thirteen million posts in Arabic. It was found that citizens were discussing the topics of the nation’s political zeitgeist. Also strategies for nation building and new governmental institutions. The study was conducted between February 2011 and June 2012. The results demonstrated that the Egyptian citizens were looking forward rather than backwards. This was shown through the changing content of the countries posts. Moving away from reflection on the revolution, and looking forward at the future elections and the new institutional reforms. To demonstrate between February and November 2011 the study found 54% of all posts fell into the category of: “reflections upon the revolution.” 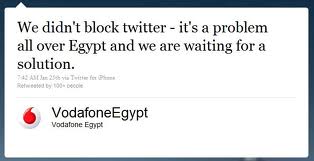 In the period following until January 2012, the study found that the percentage of Tweets on this topic had fallen to 26%. The majority of Tweets had now turned to election and state building activities such as institutional change. The trend continued from February to the close of the study in June 2012. By which point the percentage of Tweets on revolutionary activities had fallen to a mere 10%. Showing a country which was moving forward. Breaking from the shackles of the former dictatorship and embracing the newly formed democracy.

The findings in Egypt differed greatly from those in Libya. It was found in the months between October and December 2011 that people were discussing different things. The content of discussion varied between the two languages studied: English and Arabic. The posts studied in English showed a majority of people discussing the military conflicts and skirmishes. However the content of the posts studied in Arabic showed a majority of discussion centred on future state building and related activities. Significantly, the study showed that Libyans were more reluctant to move forward than their Egyptian counterparts.  To demonstrate it was found that a third of conversation months after Gaddifi’s death still centred on the fallen despot. Topics included the punishment and fate of the family, and the crimes of the fallen regime.

Unsurprisingly, 70% of the tweeting analysed from Syria were on the military conflict. What was perhaps interesting was the level of dissatisfaction the Tweets expressed to the U.N. Only 4% of Arabic posts and 7% of English posts criticised the U.N. and lack of military intervention.