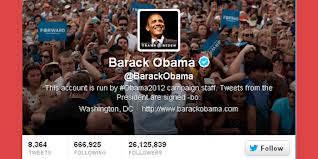 Obama in his 2008 electoral campaign was commended for his masterly utilisation of social media sites such as Twitter, Facebook and Myspace. He even going as far as setting up his very own social media site in the form of: My.BarrackObama.com. What was most remarkable about Obamas social media campaigns was his teams’ utilisation of the websites and how effective this usage was on the impact of the election.

The founder of The Huffington Post, Ariana Huffington, went so far as to say: “Were it not for the internet, Obama would not have been a candidate.” With the gift of hindsight, this may seem to be an understatement of Obamas social media campaigns potential. However it is important to note the astronomical level of national inclusion and participation the 2008 campaign accomplished. A level which was previously unprecedented. A sentiment he reflected in his 2008 victory speech: “It’s the answer told by lines that stretched around schools and churches in numbers this nation has never seen. By people who waited three hours and four hours. Many for the very first time in their lives because they believed that this time must be different; that their voice could be that difference.”

The word merchants and political soothsayers of the media world heralded the 2008 election as: “the Facebook election.” In 2008 the shoe certainly fit. This was however when social media’s explosive capabilities were arguably in their infancy. In an interview with the online blog site Mashable, Sam Graham- Felson, (Head blogger for team Obama 2008) said speaking before the 2012 election:  “While Facebook was still very much important in 2008, Obama had 2 million Facebook friends, and now it’s 28 million.” Continuing to mention how social media was in some ways shaping the second presidential campaign: “a lot of what the campaign’s done is to try to come up with the content that will fly on social media, like animated GIFs and Lolcatz-style images.”

In the lead up to the 2012 election many people were asking whether Obamas social media campaigns on the different sites would be able to follow up the prior election. The statistics however speak for themselves and are as follows:

During this presidential campaign, Obama dominated. It was not merely that he had more friends and followers on various social media sites and platforms, than his rival, the republican John McCain. The main reason was that Obama’s team were far more committed and outgoing in their approach. Obama’s team saw social media as a genuine means to access and engage potential voters. To demonstrate:

During the 2012 campaign the focus was still on turning online attention into offline commitment in the form of votes. Keeping the same team as the previous election and with the bloom in the variety and scope of social media sites between the two elections. It is little surprise that the social media campaign was far more extensive the second time around: 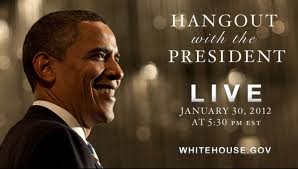 It is hard to compare the two of Obamas social media campaigns in purely tangible terms. They occurred over two very different backdrops. The 2008 election bore witness to Obama social media innovator. However by the subsequent election the merits of social media and their utilisation in the political sphere had been established. From a purely tangible comparison, the 2012 campaign far exceeded the 2008 campaign both in terms of embracing and harnessing the potential of social media utilising it to good effect. Making use of everything from Pinterest to Instagram. 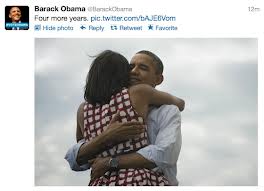