The countries of Latin America continent share a common cultural and linguistic history. However each of these countries have their own, very different pre-colonial cultures and traditions, the combination of these two factors has had a distinct effect in shaping them into the countries they are today.

So what social media networks are popular in South America? 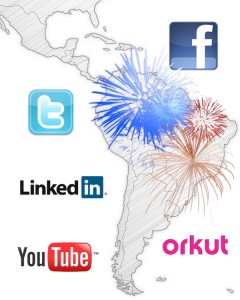 In 2013 Latin America boasted over 159 million internet users. This was a rise of 21% from the figures recorded for 2012. It was found that 42% of all of these users were from Brazil alone. Mexico provided 15%, 11% were from Argentina and Colombia provided 7%. In addition, mobile internet is becoming increasingly easy to access in Latin America. eMarketer have predicted that by 2017 there will be over 120.8 million mobile internet users in Brazil alone.

Of Latin America’s 159 million internet users, a staggering 94.1% are making use of social media platforms. In addition, Latin American countries represent five out of ten countries who spend the most time on social media networks. The average for Brazil is 13.3 hours, whilst the Colombian average is almost 6 hours.

Facebook is by far the most popular social media platform in Latin America and has over 179 million users on the continent, a rise from the 116 million recorded in June 2011, according to Semiocast. Furthermore, 19% of all of Facebook’s users live in Latin America. Brazil is the second most represented nation on Facebook, second only to the USA, having over 65 million users. Facebook has overwhelming social media dominance in Brazil, with 95% of all time spent on social media in the country being spent on Facebook.

Again Brazil is the second most represented country on Twitter, second only to the USA. The country has over 41.2 million users on the platform, whereas the USA has more than 140 million. Twitter is Brazil’s fifteenth most visited website, behind Facebook, LinkedIn and YouTube. Peer Reach found in 2013 that Brazil was the fifth largest Twitter user, providing 4.3% of the platform’s global users. Brazil came behind the UK and ahead of Spain. The same study found that Mexico represented 3% of global Twitter users, Argentina 2.6% and Colombia 1.9%.

Latin America is the single largest YouTube market outside of the USA, where almost 60% of the video sharing platform’s users are aged under 30. In July 2013 it was found that YouTube accounted for 16.7% of all social media network visits within Brazil.

The most popular YouTube channel in Brazil is Disney Collector Brazil who have received more than 1.5 billion views. Another channel to have received over 1 billion views in the country is a music project for children, Galinha Pintadinha, which translates into The Dappled Chicken. 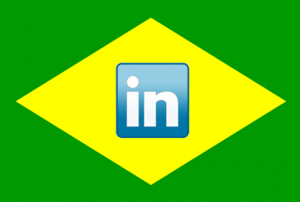 The LinkedIn office in Brazil opened in 2011, at this point just 20 million of the professional platforms 135 million users were Latin American. Six million of these were from Brazil alone, by 2013 the Brazilian LinkedIn membership had soared to 11 million, the same as the UK at this time. In addition, Brazil has also become the second fastest growing market for LinkedIn use of mobile devices. Colombia has Latin America’s second fastest growing membership on LinkedIn.

Brazil is the globes third biggest user of Google Plus with over 2 million users. Mexico has over 364,000 users on the platform, whilst Colombia has more than 318,000. The numbers for other Latin American countries vary widely, with Argentina having over 236,000 users and Bolivia having just 16,000. In July 2013 it was found that Google Plus represented just 0.745 of all Brazilian social media network visits a month.

Over 8% of Ask.fm’s visitors come from Brazil, making the country second only to Poland, which is the globe’s leading Ask.fm user base. In November 2012 the continent boosted over 13 million unique users to the site, a substantial rise from the 247,000 which was recorded the following year.

In April 2012 Pinterest had gained over 1.3 million Latin American users. By July of the following year the platform had just less than one million users in Mexico alone, the country represents the platform’s fifth largest market. Brazil, who is the platform’s sixth largest market had roughly 750,000 users. Whilst Argentina and Columbia had less than 500,000 users. Two percent of all Pinterest users globally come from Mexico, whilst 1.5% come from Brazil.

A competitor of Pinterest, weheartit.com, gains 2.6% of all of its users from Mexico and a further 2.1% from Brazil and Argentina. 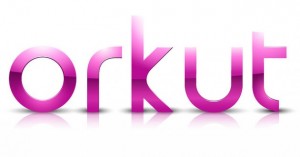 Okrut is Google’s pre Google Plus attempt at a social media platform, whilst it failed in much of the western world it remains popular in Latin America, especially Brazil. The country accounts for almost 47% of all of the platform’s visitors. The platform received 1.73% of all visits made by Brazilians to social media platform during July 2013.

The dating centric social media platform, Badoo, is popular in Latin America. It gains 6.6% of all of its visitors from Brazil, 4.3% come from Mexico, 3.8% are from Argentina and 2.5% are provided by Venezuela.

The report estimated that by 2013 the continent would generate over $69 billion in ecommerce sales, an increase of over 60.11% from 2011. A number of big brands, including Nike and L’Oreal, have embarked on major social media campaigns in Brazil in order to capitalise on this growth, gaining millions of social media followers in the process.