Most of the millennial generation will have no idea what the # on their keyboards was actually used for before it become the king of connecting trends. On the 23rd of August 2007, Chris Messina – then a product designer at Google – sent out a tweet that would have a massive impact of use of the hashtag in the coming years. 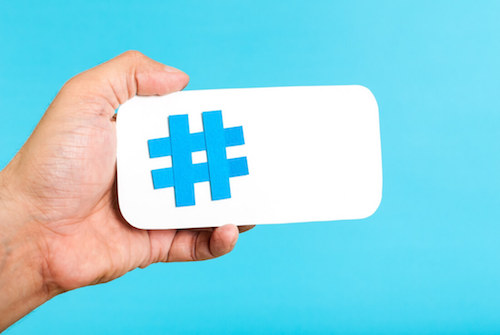 Simply asking for his followers’ thoughts, Messina posted: “how do you feel about using # (pound) for groups. As in #barcamp [msg]?”

Although the results ranged from “sounds fine” to “sounds like the dumbest idea ever!” the hashtag trend caught on and is now the most predominantly used way to track trends, watch live events and connect groups of similar things.

In fact, the # is now used a staggering 125 million times a day on Twitter alone. Due to its effectiveness and popularity, Facebook also started accepting the # in 2013 and Instagram, Tumblr and other social media sites now also incorporate the # into their platforms.

So, now that we know that the first ever hashtag sent out on Twitter was the one in Messina’s tweet above: “#barcamp”, we are going to take a look at some of the most popular hashtag trends throughout the last 10 years.

Black Lives Matter, or BLM, is an activist movement that is run predominantly in the African-American areas and fights against issues such as police brutality and crimes against people of colour. After the acquittal of George Zimmerman in the death of African-American teen Trayvon Martin (whom Zimmerman shot), the #BlackLivesMatter really started to trend on Twitter and also spread swiftly to other social media platforms.

In 2014, 25-year old Australian cricketer Phillip Hughes collapsed on the pitch due to a freak accident where he was hit with a ball in the neck. Hughes was rushed to surgery, put in an induced coma and unfortunately passed away a couple of days later. Cricket fan Paul Taylor put his bat outside and used the hashtag #PutYourBatsOut and the trend caught on to current and former players, fans and celebrities, and they too put their bats out in tribute to Hughes.

Everyone remembers 2014, the year of the Ice Bucket Challenge. The challenge included people videoing themselves pouring a bucket of freezing water over their heads. It went viral and videos were submitted from all over the world. The trend was started by ALS sufferer Pete Frates, and raised £100m for charity and “funded an important scientific gene discovery in the progressive neurodegenerative disease ALS”.

In 2015, the US made it legal for gay marriage throughout all states. This was a bold move by Obama, which lost him supporters but also gained him worldwide admiration throughout the LGBQT community. Ever since that day the #LoveIsLove hashtag trends every year over Pride months, and has been used particularly in the face of the challenges that the community is fighting under the US’s current administration.

In 2015, a desperate dad from Devon made a plea over Twitter for a double-handle sippy cup for his Autistic son Ben. Ben refused to drink out of any other kind of cup, and Tommee Tippee had since stopped manufacturing them. After the hashtag #CupForBen was retweeted over 12,000 times, the story had a happy ending, with Tommee Tippee agreed to produce 500 more cups after finding the old mould.

The latest season of Game of Thrones was eagerly anticipated and the world waited with bated breath to see what they would get in season 7. The hashtag #GOT has been used all over the world by fans, the TV show itself, actors, actresses and GOT has become one of the most hashtagged TV shows in history. It’s used to share trailers, up-to-date news and other interesting things like fan theories, and we can’t wait to see how often it’s used next season.

So, whether you love them or hate them, it looks like #hashtags are here to stay. #HappyBirthdayHashtag!

RT @GoogleExpertUK: @AdaCollege @PwC_UK @gmpolice @BBCNewsnight @MattODigs Mathematical science shows what is. It's the language of unseen…
- Wednesday May 18 - 8:11pm