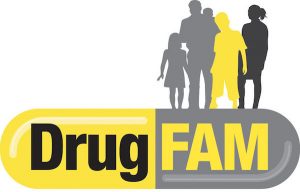 DrugFAM is a registered charity which at its core exists to ensure that families affected by a loved one’s use of drugs or alcohol are understood, educated and supported. They provide a number of services including support groups, one-to-one support and befriending, bereavement support and education and awareness around the subject,

Elizabeth Burton-Phillips lost one of her identical twin sons to heroin addiction in 2004. Having struggled to find support for her own family during this harrowing time, Elizabeth founded DrugFAM in 2006 with the sole aim of ensuring that no family, friends or carers are left living in isolation, fear and ignorance of any local & national support. From humble beginnings Elizabeth has led DrugFAM to become one of the most nationally respected charities for the support of families affected by addiction.

SEO Web Marketing had the honour of supporting DrugFAM in 2017 by running a Twitter campaign to promote their event at Westminster Abbey, “Lives Worth Talking About”. The Abbey opened its doors to 2,000 guests for a service to promote the good work of the charity, raise awareness of the impact of drug and alcohol misuse on families and support more families that are affected.

In the space of one month we were able to achieve some outstanding results on Twitter which included: