There are some who believe the world of traditional art is a dying one; being replaced by the digital canvas, which offers so much potential with animation and interactivity. Yet, as one innovative project demonstrates, the fate of traditional paintings is not necessarily sealed.

This project, created by Ukrainian artist Nastya Żerebecki and titled Emoji-nation, spans a gap in the digital divide by adding emoticons and emojis to classic artworks in clever ways. Not surprisingly, this inspired idea struck a chord with art lovers and social media fans alike, and thus became viral – not something most people expect from depictions of classic art works.

Apparently it’s not what you modify, but how you modify it that counts.

The first part of the Emoji-nation series is very simplistic. It divides the canvas in half, showing a classic art work on the right and a corresponding social media emoticon on the left. It does kind of work, partly because in order to get the joke, you need to look closer. 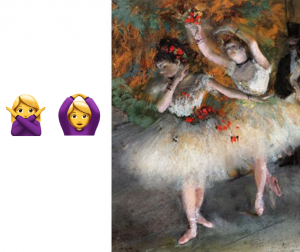 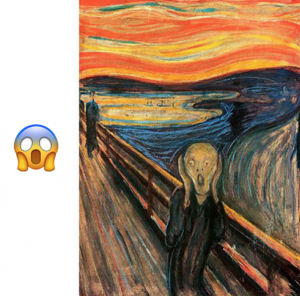 The second part, which has proved to be by far the most popular with commentators, changed the format considerably, and focused exclusively on the works of Edward Hopper as the subject material. Here, instead of placing emoticons to the side, social media icons are injected directly into the original work in strategic places. 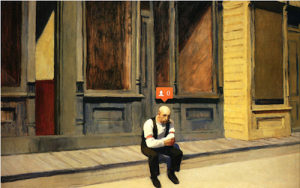 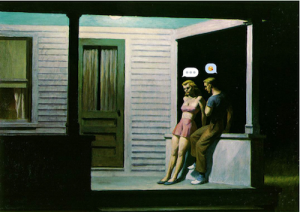 The third instalment in the series is based on pure humour. Classic paintings are reworked into movie posters, with hilarious results.

The fourth part of the series is also more humour-oriented, this time adding error messages to religious works. That’s a daring move, actually, because religion can be a risky subject to mess with. 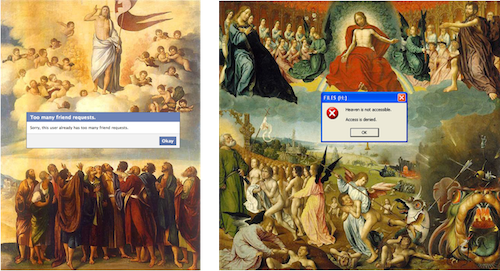 The fifth, and perhaps final, part of this series is similar to part 2, but with a wider mix of source material to draw from, while Google is being given a subtle nudge in the ribs.

In each case we are required to look closely and think about what we are seeing. The embellishments encourage us to connect with, study, and enjoy the works perhaps more than would be the case if we are only shown the originals.

Some traditionalists may feel that by adding these visual clues to the emotion conveyed in the original work, the art loses the principle that one should find one’s own interpretation of the work.

But in the digital age, shortcuts to understanding are preferred, and perhaps that’s a clue to why some traditionalists don’t like it – it cuts through some of the elitism surrounding classic art, making it accessible to the masses.

On the other hand, many are overjoyed that classic works are being given relevance to modern audiences that may otherwise have ignored them.