Your urine reveals a vast amount about your health. Doctors have been making use of it for years. A quick urine test can provide early warnings for both kidney and liver health problems. Urine tests reveal so much about us. For instance they can inform us if our diet is unhealthy. They can also be used to provide warning for diabetes. Ucheck recently announced plans to launch an app making this information easily accessible to you. The information can be accessed in your own bathroom through your smartphone. 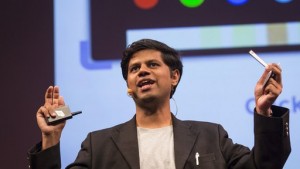 Ucheck launched their proposed app at the TED conference. The conference was held in California at the end of February 2013. The app will be compatible with both iPhone and Android operating systems. The app will give you accurate health updates from your urine samples. Nothing is required except commonly available urine test strips and a few snapshots from your phone. Myshkin Ingawale, co-founder of the medical technology company, Biosense Technologies, made the ground breaking statement. “Everyone pees, and everyone has a cellphone.” He continues to elaborate, “We figured we had to do something with this.”

In recent years there have been several problems with the readily accessible test strips. They are hard to be examined by the untrained individual. The strips are made up of several colour bands which change several times after contact with urine. Also it was found to get an accurate reading from the strips, doctors and hospitals had to purchase costly analysis machines. All of which were only compatible with their brand of urine test strips. The Ucheck app takes these strips and examines the colours to provide results. It does this in exactly the same way that other apps read barcodes or QR codes. 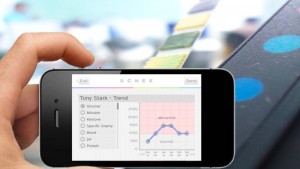 This is done through a collection of pictures taken over a period of several minutes. From these pictures the app provides a comprehensive breakdown of the contents of your urine. The results provide recordings of the levels of compounds such as: Glucose, Protein and Billirubin. The app also provides you with an accurate Ph level of your urine. The app is also able to chart how the composition of your urine changes over time. The chart provides your scores over time in a graph format. Each compound has a separate graph. Each of the graphs has a line where the reading is measured as abnormal. The company’s owners encourage users who get abnormal readings consistently to seek medical help.

During the conference presentation Ingawale demonstrated testing bottled sample in front of the audience. He drew bouts of laughter when he announced his intention to call the app Ipee. Underneath the humour there is a serious purpose for the app. It aims to make urine testing universally accessible, cheap and simple to use. If the app takes off it could prove revolutionary. The app would allow people to keep a keen eye of their health, effectively and accurately from their own bathrooms. The only question which remains is what would it cost and would people be willing to pay?