Google provides users with management options for their Gmail and YouTube account after death with their Google Inactive Account Manager service. In the event of your death it is likely that you will make efforts to meet the occasion fully prepared. Traditionally this has been done in a variety of ways, by writing your will and setting up your estate. Making plans with close family members for necessary post death care procedures, perhaps with a brief outline of funeral intentions. However have you included into your plans what you want Google to do with your Gmail, Google Plus and YouTube accounts following your death?!! 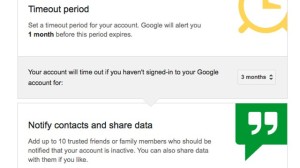 On Thursday 11th of April 2013, Google released a new Google tool: Inactive Account Manager. Although Google have admitted that it is “not a great name”. The tool will be useable on all Google owned account formats, including: Google Plus, Blogger and Picasa. The tool allows users to set a “timeout period”. This period can be set to 3 months, 6 months or a year. After the agreed time has passed the account is either deleted or control is passed over to a trusted family member or close friend.

The tool has been well thought through in order to avoid awkward accidents, such as someone taking an extended holiday which exceeds the timeout period. In all cases the account manager will send a text to the registered mobile phone number. Also an email will be sent to a non Google email address before the account follows the measures which have been requested by the account holder. Recently, product manager Andreas Tuerk revealed in an interview: “The brilliance of this new feature, is the ability it provides users to plan ahead. It allows them to plan out their digital afterlife. But not only this, the account manager allows users to do this in a way that protects their privacy and security.” 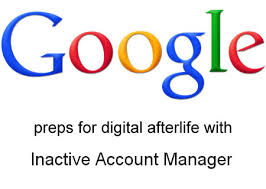 Despite the attention to detail, has clearly been a fundamental part of the design and development of this tool. It is not the first social media tool or format developed which allows the relevant platforms users to make plans for after their death. The very fact that social media platforms are making plans to facilitate such a morbid yet necessary function, merely demonstrates the longevity and dominance that social media is coming to have. Despite Google’s new tool not being the first in this area, it is certainly head and shoulders beyond the services offered by competitors. Facebook also provides such a tool, the ominously named: “afterlife policy”.  The feature turns profiles into memorial pages and gives family members the ability to petition to have the page removed. What makes the Google Inactive Account Manager unique is that it provides users with the ability to plan ahead what will happen to their social media platforms following their death. Oh it all sounds a bit creepy to us! 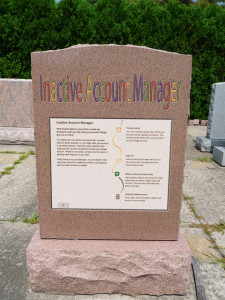