In a surprising piece of news (well, we were surprised!) Google Plus, the social networking bit of Google, recently overtook Twitter in the list of social platforms with the most active users and it could be because of Google Plus Hangouts. 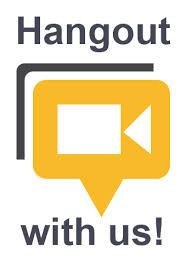 I say surprised, because it was only a few weeks ago that Twitter was officially lauded as the  fastest growing social media network of 2012. Is it’s crown slipping away already?

According to those in the know, one of the cool and free features of Google Plus that is helping to drive its popularity is its group video chat tool, Google Plus Hangouts.

Hangouts lets you organise video conferences for up to 10 people. And here’s the best bit, unlike Skype, which provides a similar service but charges for it. Hangouts is totally free of charge. It makes it ideal for everything from chatting with your friends or relations, to arranging meetings at work or collaborating on projects.

For the really committed video chatters, there is also a facility called Hangouts On Air. This lets you stream your ‘hangout’ publicly on your Google Plus profile, your website and YouTube channel, or just to invited guests. In addition, there’s a paid-for premium service which increases the maximum number of Hangout participants to 15.

All in all, 2013 looks like being a landmark year for Google Plus Hangouts. And with good reason. With all this great functionality, it’s not only a really useful tool, the fact it’s all seamlessly integrated with other Google offerings makes it a fantastic way to beef up your social media presence. 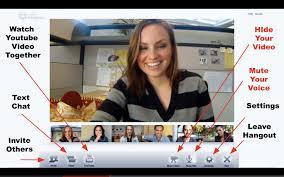 So, here’s our top five tips for making the most of Google Plus Hangouts: