In early 2013 Google announced they would be introducing a “capture” app for the Google Plus Hangout platform. The application would allow users to record and save their hangouts, allowing them to relive the hangout at a later date. A spokesman for Google: Jeremy Ng, recently commented in a post announcing the unveiling of the app. “Google Plus Hangouts brings people together, and when they do, all sorts of awesome can unfold.”

The digital media tool is not designed to facilitate secret pictures or shots being taken in the Hangout. All hangout participants will be informed during the Hangout that the app is in use. Users will also be informed when a fellow user has taken a picture and will have direct access to that picture. The Google Hangouts capture app will be available in the near future. The application will be located within the current hangout apps, alongside the YouTube and effects app.

Towards the end of March the platform announced that users would now be able to use animated GIFs as their profile pictures. This may mark somewhat of a popularity comeback for the platform. The announcement was made through the Google Plus homepage. Included within the post, was a link to a page informing users on how to create their own GIF’s. Matt Steiner, one of Google’s software engineers was first to break the news. He did this through his profile page on the social media platform and said the animation would extend to both desktop and phone formats. He compared the addition of GIFs to the newspapers seen in the Harry Potter series.

The update comes quickly behind the recent inclusion by Google of a search filter for both GIFs and transparent images. Now when users wish to conduct an image search they simply click on the “search tools” option, which is found under the site’s search box. From this users selected the “animated” option, from the drop down menu entitled “any type”. 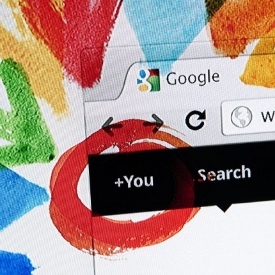 The news comes following a further announcement by the platform that an update has been sent out for Iphone and Android users. The update includes photo editing features. It also brings the interface in line with the one viewed by desktop users. In light of all the advances in the other social media platforms, we wonder if they will be able to keep up.