Visitors to the Google homepage on April 29th 2009 were met with “–. — — –. .-.. .” instead of the Google logo. The humorous doodle was a celebration of what would have been the 218th birthday of Samuel Morse. The doodle was written in Morse code, a method of transmitting information using a series of on-off tones, lights or clicks. Due to this the “–. — — –. .-.. .” which visitors to the site were met with, was in fact the word “Google” spelt in Morse code. In the doodle, each of the letters depicted in Morse code were represented in the same colour in which they appear in the traditional Google logo. To demonstrate both of the “Gs” appeared in their trademark blue. 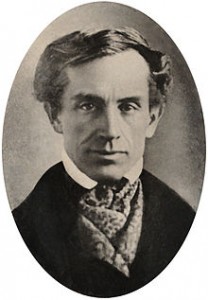 The doodle, which appeared globally, can still be viewed by clicking here. Samuel Morse was born on April 29th 1791, in Charlestown Massachusetts. His father, Jedidiah Morse, was a leading pastor of the Calvinist movement and was also a talented geographer. Morse was educated at Phillips Academy in Andover, Massachusetts, after which he continued his studies at Yale College. Whilst at Yale, Morse was educated in a number of subjects including mathematics, the science of horses and religious philosophy. In order to support himself whilst studying at Yale, Morse began painting at which he became accomplished. In 1810 Morse graduated from Yale with a Phi Beta Kappa honours.

Following his graduation from Yale, Morse dedicated his efforts to his paintings. In order to improve his artistic technique and ability Morse embarked on a three year painting study in England. He set sail for England aboard the Lybia on July 15th 1811 and arrived in England towards the end of 1811. As a result of his three year study, the decade between 1815 and 1825 observed a notable improvement in his ability. During this period he painted a number of portraits, most notably of former Federalist President John Adams in 1816.

Morse returned to America via ship from Europe in 1832. Whilst on this voyage he came into contact with Charles Thomas Jackson, who had been schooled in the science of electromagnetism. After observing a number of electromagnetic experiments performed by Jackson, Morse developed his idea for a single-wire telegraph.

However, Morse encountered a number of problems with his single-wire telegraph concept. The primary problem was that he struggled to get his telegraph signal to travel over more than a couple of hundred yards of wire. Professor Leonard Gale, who taught chemistry at New York University, helped Morse overcome this problem by introducing a number of extra relays or circuits at frequent intervals along the wire. Following this, Morse was able to send a message through ten miles of wire. 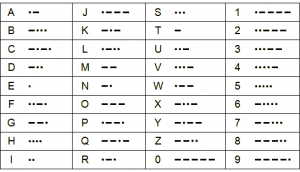 Although Morse’s invention changed the shape of communications, businesses and corporations often made use of his patented technology without paying Morse. Despite this, Morse was able to live a comfortable life and at the time of his death his estate had a value of $500,000, which equates to a value of $9.4 million today. The doodle is not the only time that Google have made reference to Morse’s achievements. As part of their 2012 April Fools’ jokes, the search engine announced their intention to release the “Gmail Tap”, which enabled users to send Morse code based messages via text from mobile phones.