Google celebrated the 50th birthday of NASA, or the National Aeronautics Space Administration, with a dedicated doodle on July 29th 2008. The doodle, which only appeared on the search engines homepage in the USA, can still be viewed by clicking here. By modern doodle standards the NASA doodle is relatively basic.

The background of the doodle was comprised of a black space background which featured a number of stars and solar systems. The Google logo was placed over this background. In the doodle, the first “O” of the logo was replaced by a depiction of the planet Mars which featured the Mars Rover. The second “O” of the logo featured a depiction of the Moon, with a landing craft on it. The “L” of the search engine’s logo was replaced by a rocket. 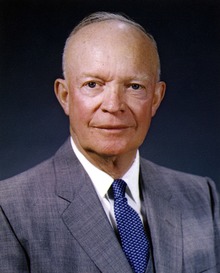 NASA was established by President Dwight D. Eisenhower in 1958. The organisation was founded with a civilian emphasis and encouraged peaceful applications in space science. Since being established the majority of American space exploration activities have been launched through NASA. These activities include the Apollo moon landing missions, the Skylab space station and the Space Shuttle.

During NASA’s history, the organisation has conducted a number of manned and unmanned spaceflight programs. The unmanned spaceflight programs conducted by NASA include the launching of the first American satellites into the Earth’s orbit, the sending of scientific probes to explore planets including Mars and Venus and a number of “Grand Tours” to outer planets within the solar system.

The manned spaceflight programs which have been conducted by NASA include the sending of the first Americans into low Earth orbit (LEO), victory over the Soviet Union in the space race by successfully sending twelve men to the moon between the years 1969 and 1972, as part of the Apollo Program and the development of the LEO space station.

In addition to their exploration activities, NASA have made a number of scientific contributions during their years of activity. These activities include detailed studies of Ozone depletion, which began in 1975 when NASA was directed to both research and monitor the upper atmosphere.  As a result of these studies NASA compiled the first comprehensive worldwide measurements of Ozone depletion in 1978. 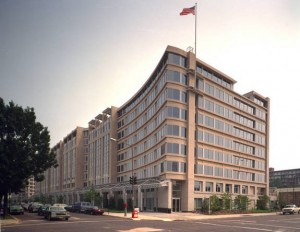 NASA is also highly active in one of America’s largest restoration projects. The organisation has helped the state and federal government to reclaim over 15,100 acres of salt evaporation ponds in the South San Franciscan Bay. As part of this project, satellite sensors were used by scientists in order to measure the effect of salt evaporation on local ecology. In addition, NASA have launched their Energy Efficiency and Water Conservation Program. The program is an agency wide project that aims to reduce the amount of energy and water which is utilised by the agency.  This program also aims to prevent the amount of pollution which the agency causes.

The highest ranking official in NASA is the NASA Administrator, who serves as the Senior Space Science Advisor to the President of the United States. The administration of the agency is controlled from the NASA Headquarters which are located in Washington D.C., unless there are exceptional circumstances, all NASA employees must be citizens of the USA.

NASA’s budget allocation has usually been 1% of the federal budget since the early 1970’s. During the late 1960’s, as part of the Apollo program this figure rose to a peak of 4.6% in 1966. However, since the Apollo program the budgetary allocation has been progressively falling. In 2012 it was announced that the budget would be just 0.48% of the federal budget.