The leadership of Mark Zuckerberg comes into question every now and again. However within the empire of his employees a recent poll has shown he is much loved by his employees. At only 28 Mark Zuckerberg is one of the most successful CEO’s not just in the online social media marketplace but globally. Recently he topped a Glassdoor list of highest rated company chief executives. The results are astoundingly stacked in his favour. He received a 99% approval rate from his employees.

Mark Zuckerberg however was not alone in receiving a 99% approval rate from employees. The two CEOs of SAP: Bill McDermott and Jim Hagemann Snabe, also achieved a 99% approval rate for their efforts within their company.  This year’s results mark a leap of 14% when compared with the results from the same survey from the previous year. 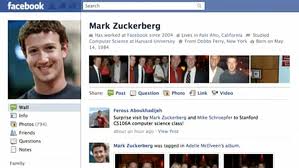 The rankings which the Glassdoor survey produces are based on anonymous reviews conducted by employees. A Facebook employee was quoted saying, on the survey, that Facebook provides: “an open community from Zuck on down, which is built on a foundation of company wide mutual trust. This provides a real sense of community and drive within the employees of the social media website. Our CEO instilled this ethos through his actions within the company, who we all have a great deal of respect for.”

Here are the top ten rankings in their entirety:

What is most remarkable about Mark Zuckerberg’s victory is that it was an open contest against all CEO’s in global corporate business. Not merely a comparison of the leadership of online social media platforms. However despite the acclaim of the Glassdoor survey, not everyone has been won over by Mark Zuckerberg. In August 2011, following the failure of the company’s IPO venture, Mark Zuckerberg was slated by investors. Four of the key investors denounced Mark Zuckerman in interviews with the Los Angeles Times. Stating that they felt Zuckerberg “was in over his head and should hand the reins to someone else.” Public opinions at the time were evenly split either way according to the findings of a Mashable survey. 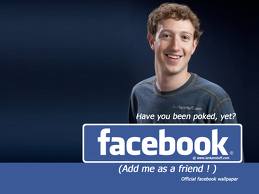 A huge shortcoming in terms of the surveys validity is that Glassdoor does not provide a description of its methods. For instance it is not made clear the quantities of employees which the survey included. It also does not make clear whether equal numbers from each company were surveyed. Hence Zuckerberg may only have had a small percentage of his employees surveyed, whereas Page and Cook may have had large percentages. This inequality could tilt the outcome favourably for Mark Zuckerberg. What is most interesting about the results is that companies with the same score achieve different rankings. Again Glassdoor provides no explanation or methodology for this outcome. Glassdoor does however claim it has received 500, 000 company reviews over the preceding 12 months.