Twitter recently unveiled a new appearance and interface for their profile pages. The new pages, which were released during April 2014, have a similar appearance to those found on Facebook in a number of ways. With the launch of the new profile pages many users were excited to see all of the new features which were provided as part of the changes. 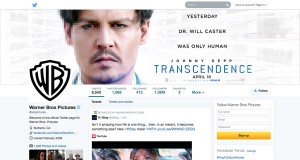 Many of the changes are only available to web based users of the social media platform. These web based users are now able to pin tweets, highlight tweets which are popular, make use of a much bigger background image space on their profile and take full advantage of a more prominent media gallery.

Readers who have not yet viewed the new Twitter webpage and seen what it looks like with the new features provided can do so by clicking here. Users will notice that the new layout features a large main cover image like rival social media platform Facebook. However the new profile taken as a whole has a much closer resemblance to Google Plus than it does to Facebook.

These new Twitter features are as good for commercial users as they are for personal users. Businesses will be able to utilise these features to promote their business via Twitter with much greater ability than was previously possible. The fact that many of the changes have been made in a bid to make Twitter a more visual social media platform, which bears a close resemblance to some of its biggest competitors, shows that Twitter is becoming more business focussed. However if you think merely utilising the new layout and taking full advantages of the features it provides will guarantee you an increase in business then you are mistaken.

Collected beneath are a number of tips to help businesses take advantage of the new features and to harness them as a vehicle to increase sales.

This tip may appear obvious, however users will have to check in order to make sure that their profile makes use of all of the new features. Currently these features are optional, however over time it is likely that this will change. Due to this it is important that you make sure you have a collection of images ready for the update.

The new updates do not mean that you should change the way in which you interact with your customers through Twitter. Due to this you should stay human in your interactions, this involves being approachable, being polite, even when you may not want to.

This does not just apply to Twitter, it also applies to all of the online social media platforms and networks which you are active on. If you do not have an accurate idea of what your customers want and expect from you online, then you will not be able to effectively utilise the new features and take advantages of the business benefits they present.

The new Twitter updates will mean that you will have to adapt and tweak your Twitter based content strategy. This is because images are now far more prevalent on the platform and in order to enjoy the highest levels of success, you will have to facilitate this change as part of your strategy.