There’s no doubt about it, social networking is the dominant online trend of the past few years. And more recently, its phenomenal growth has swept through the mobile world, too.

Statistics show that almost 61% of people who use smartphones like iPhones, Blackberries or HTCs, use them to access social media platform sites (as well as everything else they use them for, obviously). We like to keep our ears to the ground here at SEO Web Marketing, so here’s our pick of the top 5 social media trends for 2013. 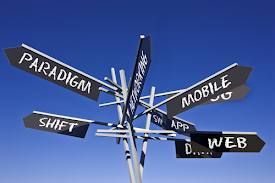 The growth of mobile social media and social networking is probably the unstoppable trend of last year – and it’s only going to get bigger in 2013. But what else can we expect to see in the social media world over the next few months?

It used to be that people surfed the web (do people still say that?) from their PC. These days, however, it’s increasingly likely to be a smartphone or tablet PC. According to research from the NPD Group, approximately 37% of internet users have now shifted to their smartphones and tablet PCs, mainly for web surfing and Facebooking. And as smartphones get more powerful and tablets more affordable, this figure is only going one way.

You can’t watch a program on TV anymore without being bombarded by tweets from other people in your network who are also watching it. Annoying? Possibly. A hugely growing social trend that Twitter itself, not to mention TV companies, are keen to encourage? Definitely.

If you listen very carefully, behind closed doors with no one about, you can sometimes hear the tiniest of whispers that Facebook has peaked. Hard to think that a social media behemoth with over 1 billion users is on the wane. But apparently, a study by the Pew Research Center in the US found that around 27% of people using Facebook in the United States plan to reduce their usage in 2013. Now of course, ‘planning’ to do something is very different to actually doing it, and Facebook still only scratching the surface across huge swathes of the world, but still…

Online video advertisements are now competing hard with TV ads – a trend confirmed in a special report on video monetisation by consultancy FreeWheel.  The study found that in 2011, most online video ads were 15 seconds long. In 2012, the average had doubled to 30 seconds. Similarly, while only 2% of people watched video ads online during the last three months of 2011, the figure has risen to 12% in 2012. Watch out for a big trend in video marketing.

In 2013, more businesses will use social media to engage with customers, in particular, addressing their grievances. At the same time, consumers will continue to listen to what people say about the products and services they’re offered by businesses. In other words, online reviews will become more important.

Of course, staying on top of the latest social media trends is all part of what we do here at SEO Web Marketing, so for more advice on how your business can make the most of trends like these, don’t hesitate to drop us a line.