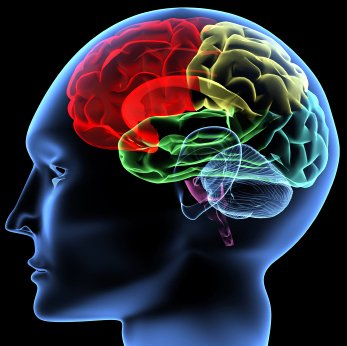 The majority of folk these days use some form of social media, from Facebook to Twitter and everything in between. Though perhaps not MySpace. Does anyone use MySpace any more? Most of us are happy to confess we’re on there predominantly to swap photos and gossip with friends and family but through this businesses has now adopted a business social mind.

Social networking is becoming increasingly relevant in business circles too. Companies and self-employed professionals are increasingly discovering that the medium can be exploited for commercial gain.

A newly-released study called The Social Mind (compiled by the Society for New Communications Research). They are exploring online interactions between professionals and its implications for how users share, read and use data.

In the course of the study, the researchers quizzed several hundred highly-qualified, high-ranking professionals across America. Some of the key findings make interesting reading.

The report shows, for instance, that just one-in-five respondents now rely on traditional news sources for gathering information. This suggests conventional journalism is being superseded by peer-to-peer exchanges. Confirming this trend, information resources curated by sector specialists are now held in higher regard than news reports from ‘jack-of-all-trades’ writers.

The study also revealed that companies now consider their tweets and blogs to be just as important as their websites.

In another telling insight, respondents demonstrated a clear demarcation in the audiences they address via different social networks outlets. It’s largely LinkedIn and Twitter for professional networks. Facebook for friendship groups and email for communications with family.

However, those predicting that the professional take-up of social networking will continue snowballing may be forced to think again. The survey suggests it may already be at saturation point. There are 97 per cent of respondents already using social networks on a regular basis to interact professionally.

Vanessa DiMauro, chief executive officer of Leader Networks, a major participant in the study, summed up the findings succinctly. She says that the report shows “how the ‘social mind’ is changing the way we work and play”. This is developing into a new business social mind.

She went on to describe how the new ‘social’ approach to business is “dynamically changing the face of human interactions and communications globally.”

On the basis of the Social Mind research, it would be a brave person who’d argue with her.

So, what can we learn from this survey? Well, for starters, those employees at the office who seem to be spending an inordinate amount of time on Twitter and Facebook might not be wasting time after all. They’re quite possibly fulfilling an integral part of most modern business strategies.

Then again, if they’re posting pictures of themselves wearing cowboy hats and swigging bottles of WKD, it’s probably safe to say they’re just trying to remember what the hell happened at the weekend rather than sealing that latest multi-million pound deal…