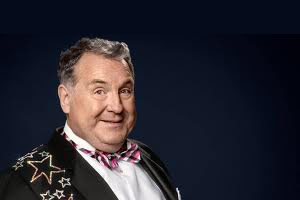 Russell Grant is a British astrologer and a well known and recognised media personality. He first appeared on television in 1979 when he was featured in a programme called Extraordinary. However, he’s better known for his resident spots on TV-am, Good Morning Britain and later from 1992-1995 when he was a regular astrologer on This Morning.

His more recent television appearances in popular reality programmes such as Strictly Come Dancing and Celebrity Fit Club brought the public’s attention back to the famous astrologer and it was at this time that Russell Grant’s team approached SEO Web Marketing to help with his website’s search engine optimisation and his social media marketing.

You may well ask yourself, “why would someone as famous as Russell Grant need help marketing his website?” Quite a fair and obvious question to ask, but this goes to show exactly why the work of the experts at SEO Web Marketing is essential for anyone’s website and internet marketing.We first started work by running full Website Diagnostics on Russell Grant’s site, the starting place for all new client’s that we commence work with. This is an essential piece of work that helps us to identify any problems that may be preventing a website’s performance with search engines. Once identified, we work with a team of developers to fix any issues or errors identified. This is an on-going process and we continue to run Russell Grant’s website through diagnostic testing as changes are continually being made, not only to his site, but to the way search engines and the internet work in general.

The second part of the work that we do for Russell Grant is supporting his social media marketing, mainly on Facebook and on his official russellgrant.com Twitter account. It’s fair to say that both these social media networks are the perfect platforms for the type of work that Russell Grant does. This is a vital part of anyone’s social media marketing strategy; selecting the most appropriate networks to share information on to make sure that you have the potential to reach the right audience in the right locations for the work that you do.

We love working on Russell Grant’s website and social media and have learned so much about the world of astrology, psychic readings and horoscopes in the process! No matter what industry you work in, if you have a website or use social media, we have the skills and experience to help boost your performance.