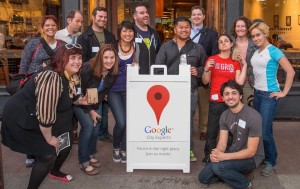 Google announced the Google City Experts program on August 6th 2013. The scheme is in essence a new city guide which invites users of Google Plus to post reviews of local business, restaurants and sites. Experts believe this measure is an attempt by the search engine to pull users away from Foursquare and other social media platforms which they used to post about their favourite city hangouts and locations. Other experts view the move as an attempt to rival user-generated sites such as TripAdviser or Yelp.

The Google City Experts program was launched with little in the way of fanfare. The program aims to create a database of “high quality reviews” which is both reliable and authoritative. In a blog announcing the launch, Google explained that City Experts “brings together the most active users on Google Maps who write reviews and upload photos of local places.” In order to qualify as a local expert, users are required to submit a minimum of 50 reviews. In order to maintain their position, experts must continue to submit a minimum of 5 new reviews each month. In return for this laborious work, they will receive a number of rewards from the search engine. Here is Google’s description of the rewards that they will provide their Experts.

“Upon becoming a Google City Expert, you will receive an invitation to an exclusive Google+ Community.  Here you can meet fellow Experts in your city and discuss new tips and tricks for using Google+ Local and Google Maps. You will also receive monthly Google City Experts newsletters. This newsletter will include a variety of offers. The offers include: free Google-branded items, online campaigns and contests and special event invites in your area.”

This program may sound familiar to some. This is because it is. The program is extremely similar to Yelps Elite Squad program. This team is composed of prolific contributors who are reward for their efforts with invites to exclusive events and Yelp branded goodies. In Google’s opinion a “high quality review” is made up of between three and four sentences. The content contained in these sentences should provide “specific, helpful and balanced information about a particular business.”

What is the drawback? Well initially Google states that Google City Experts will be limited to a few select cities for the moment. The selected cities in the US are: Chicago, New York, San Francisco, Phoenix, Portland, Raleigh-Durham and Austin.Within the UK, four cities have been selected: Manchester, Edinburgh, Bristol and London.

Other cities have been selected globally including Sydney and Osaka. For a full list of the cities included in Experts, click here. The search engine hopes to increase the number of cities included in the program over time. However, no time scheme has been provided for when the project will extend to other areas.