On Thursday 15th August 2013 the Google homepage was taken over by a doodle celebrating what would have been the 155th birthday of children’s author Edith Nesbit. In the doodle, the search engine’s logo was depicted through a collection of deep green coloured foliage which comprised each of the six letters of the Google logo. The foreground featured a train track with a multi coloured steam engine, on the right hand side of the doodle three multi-coloured children were pictured. The doodle was a tribute to one of Nesbit’s best known works, “The Railway Children”. 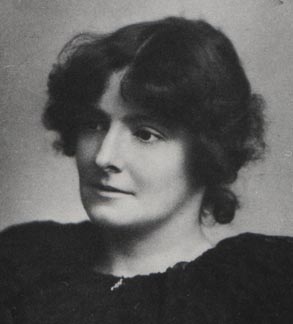 The doodle, which only appeared on the search engine’s homepage in the United Kingdom, can still be viewed by clicking here. Edith Nesbit was born on August 15th 1858, she was born in Kennington, Surrey, which is now part of Greater London. He father, John Collis Nesbit, was an agricultural chemist and died before Edith’s fourth birthday in 1962. Edith’s sister Mary suffered from health problems from an early age and as a result much of Edith’s early life was spent living in numerous locations. These locations include, Brighton, France, Spain and Germany.

The Nesbit’s returned to England when Edith was seventeen and settled in Eltham, South East London. Edith met her future husband, Hubert Bland, at the age of 18 in 1877. In 1820 when Edith was seven months pregnant, she married Bland, although the couple did not begin living together immediately. From an early stage Bland’s womanising activities placed strain on the marriage. To demonstrate, early in the marriage Edith discovered that another woman believed that she was Bland’s fiancé and was also pregnant with his child. A more serious threat to the marriage was posed when Edith discovered that her close friend, Alice Hoatson, was pregnant with Bland’s child.

Edith had previously agreed to adopt Hoatson’s baby and let Alice live with them, however upon the discovery she suggested that they should both leave. However Bland said he would leave Edith if she disowned the baby and its mother. As a result, Hoatson was allowed to stay in the household and worked as a housekeeper. Thirteen years later she once again fell pregnant with Bland’s child, Edith once again adopted the baby. 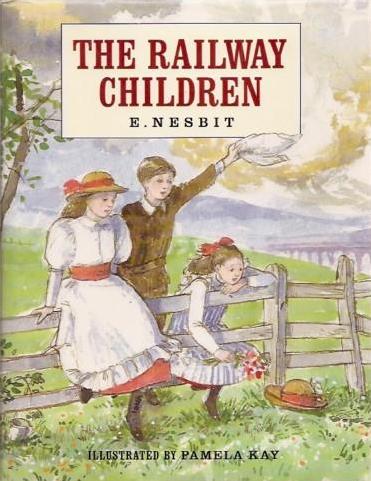 Edith and her husband lived in Well Hall, Eltham, Kent between 1899 and 1920. The area appeared under a fictional guise in a number of her books including the adult novel The Red House. Whilst living in Well Hall, Edith and her husband hosted numerous parties, to which they invited their extensive friendship circle. Hubert Bland died in 1914, three years later Edith remarried to Thomas “the Skipper” Tucker. They married in Woolwich, where Tucker worked as an engineer on the Woolwich Ferry.

In the closing years of her life Edith moved several times, living in Friston, East Sussex, before moving to Jesson, St. Mary’s Bay, New Romeny, East Kent. Edith died at this final location in 1924, her death has been attributed to lung cancer. Following her death, Edith’s body was buried in the churchyard of St. Mary in the Marsh. Edith Nesbit is not the only children’s author to have been celebrated with a dedicated Google doodle, Robert Hargreaves, the creator of Mr. Men also received a doodle to celebrate what would have been his 76th birthday.